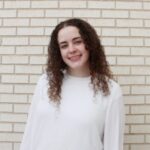 Alayna Bone is a summer fellow at the Global Taiwan Institute and a graduate student at the University of California, San Diego.
Reducing Taiwan’s Dependence on the Chinese-Dominated Market for Rare Earth Elements

Alayna Bone is a summer fellow at the Global Taiwan Institute and a graduate student at the University of California, San Diego.

In an international environment fraught with geoeconomic uncertainty caused by the global pandemic, trade disputes, and war in Eastern Europe, the supply of rare earth elements (REEs)—a set of 17 elements that are critical to the manufacturing of high-tech products—are increasingly at the forefront of concerns over supply chain risks across the globe. The importance of REEs was clearly reflected in the recent US-led Supply Chain Ministerial Forum to strengthen interstate cooperation in alleviating near-term disruptions and building long-term supply chain resiliency for critical minerals. This challenge stems in part from over 20 years of unsuccessful attempts by other global powers to match China’s industry positioning in the REE sector. Despite being a comparatively small consumer, Taiwan’s dependence on the stability of the international rare earth market makes its most strategic sectors extremely vulnerable to Chinese market manipulation. Nonetheless, Taiwan can still take steps to secure its rare earths supply, decrease its own import reliance, and become more self-sufficient.

What are Rare Earth Elements?

REEs exist abundantly in reserves throughout the earth’s crust, but because they occur at low concentrations in mined materials, the costs associated with their extraction and refining processes make them relatively scarce. Charges for the necessary capital and labor to source REEs from mountainsides, ocean floors, and riverbanks are already exorbitant, but the environmental expense of unearthing radioactive minerals and generating toxic waste in their processing and refining makes REE production even more challenging.

Over the last few decades, because of its affordable labor, lower regard for environmental impact, and aggressive state subsidies, many governments and private entities have outsourced their own mining and processing to China. By 2020, China was responsible for 58 percent of the world’s rare earth mining, and 86 percent of processing and refining. In 2021, international rare earth output peaked: with China producing over 168,000 tons, the United States coming in second at 43,000 tons, and Australia following at 22,000 tons. The same year, US REE imports continued to be dominated by China, which achieved a 78 percent import share. By comparison, Taiwan currently plays no role in the rare earth production chain and imports 3,000 tons yearly for use in its most critical manufacturing sectors.

Since the early 2000s, China has been accused of adjusting rare earth production quotas and subsidies to not only undercut its competitors, but to favor its own REE-consuming tech firms. After territorial disputes in 2010, international concerns over supply chain security spiked when China targeted Japan’s automotive industry by blocking rare earth shipments. Five years later, and following a World Trade Organization (WTO) ruling on the restrictions, Beijing relaxed its export quotas. Yet, instead of providing global relief to the sector, this move resulted in a market-wide flood of supply and a severe price drop, forcing China’s largest foreign rare earths competitor into bankruptcy. While many companies and governments have sought to diversify and onshore segments of the REE supply chain since then, serious alternatives have failed to materialize. China’s high state subsidies and massive market share have suppressed industry profits to razor-thin margins, while also ensuring that barriers to market entry are sustained at artificially high levels.

China has continued efforts to gain greater dominance into 2022 by weaponizing rare earth export controls and merging many of its rare earth firms. Intense domestic consolidation has driven up international concern for REE supply chain security as fewer and larger firms will allow China to control global production more effectively. These conditions will also increase the risks of longer-lasting economic disruptions if China is faced with events that could limit production. Already, the worst pandemic-induced supply chain shortages have occurred in sectors that are heavily concentrated in China and East Asia. The rare earth industry is not distinct from these issues.

Taiwan’s role as a consumer in the global rare earths industry is comparatively small, making up only 2.49 percent of total global imports. The central role of rare earths in Taiwan’s most successful manufacturing industries, however, makes them strategic to the island’s economic security. Rare earths are key components in Taiwan’s semiconductor production. Because of their unique properties, they function as necessary elements capable of creating both the channels for powerful conduction and the insulation necessary to keep electric signaling concentrated to increasingly microscale wafers. Currently, Taiwan’s semiconductor chip manufacturing represents over 50 percent of the global market share, 30 percent of the country’s exports, and 14 percent of its GDP. As such, the importance of industry access to REEs cannot be overstated, not only for Taiwan but for the international community as a whole.

Taiwan is also a major player in the smart machine supply chain. From the production of smaller components to the assembly of completed instruments, products that require REEs along the smart machine supply chain are critical to the success of not only Taiwan’s own sector, but also the expansion of industrial automation in manufacturing all over the world. In addition, Taiwan’s medical technology industry has grown significantly over the last decade. Its indigenous treatment and virus detection products have gained the island worldwide attention, and the sector has become increasingly central to Taiwan’s soft power strategies. These high-tech industries all rely on a stable global supply of rare earth resources. Even Taiwan’s robust bicycle manufacturing industry, which relies on frames made from rare earth components, would be stunted if the international REE supply chain was to experience excessive instability.

Seeing the risks to its economy, Taiwan has also taken steps over the last two decades to decrease REE import reliance by addressing electronic waste and rare earth recycling. Since 2002, its Environmental Protection Administration (EPA, 行政院環境保護署) has worked to promote a more sustainable use of precious metals and improve the infrastructure needed for them to be recycled and reused in manufacturing. In recent years, the topic of creating a circular economy, with the inclusion of rare earth products, has become a larger focus within other bureaucratic departments, including the Ministry of Economic Affairs and the National Development Council. [1] Taiwan’s civil society has also moved to reduce its reliance on REE imports. Through the Taiwan Rare Earths and Rare Resources Industry Alliance (TRERRIA, 台灣稀土及稀有資源應用產業聯盟) established in 2018, private entities, nonprofits, and academic institutions have worked to develop a domestic rare earth supply chain through industry collaboration and cyclical use of REE components.

Despite these actions, Taiwan’s rare earth imports have remained at roughly the same level over the last decade, and a shock caused by shifts in Chinese output or prices would have serious impacts on its entire economy. In addition, Taiwan’s defense capabilities have recently been targeted by Chinese export controls: in February of this year, Beijing announced restrictions of rare earth exports to Raytheon and Lockheed Martin after Washington approved deals to perform maintenance and upgrades on Taiwan’s missile systems.

Because the international rare earths market is vulnerable to manipulation by China’s dominance, Taiwan’s efforts to stabilize its own import reliance and become more self-sufficient must be through an international approach.

The main point: Taiwan’s most strategic industries are threatened by its reliance on the Chinese-dominated rare earths supply chain. Taiwan must work with allies to diversify production in this sector, find and implement rare earth substitutes, and create infrastructure that allows for better recycling and reuse of rare earth products.

[1] A circular economy is defined as a system of production and consumption that, through the cyclical use of resources, maximizes the value of materials and uses them for as long as possible. A circular economy reduces material use, redesigns products and manufacturing to be less resource intensive, and captures “waste” as a resource to be used in the manufacturing of new products.

Should Washington be Concerned about Whether Taiwan will Declare Independence?

Poland: An Emerging Partner for Taiwan in Central and Eastern Europe