Gerrit van der Wees is a former Dutch diplomat. Between 1980 and 2016 he served as the editor of the Taiwan Communiqué. He is also a member of GTI’s Advisory Board. Currently, and teaches History of Taiwan at George Mason University.
The Netherlands’ Relations with Taiwan

The Netherlands’ ties with Taiwan are probably older than those of any other European country. Although back in 1544, it was Portuguese mariners on their way to Japan who gave Formosa its name (Ilha Formosa—Beautiful Island), there are no records of Portuguese landings or settlements. It was the Dutch, who in 1624 first landed on a sandy bank called “Tayouan” near present-day Tainan, established a lively trading post under the Dutch East India Company, and named it Fort Zeelandia. The settlement prospered, trading deer hides collected by the aborigines all the way to Japan, and making the coastal plains around Tainan safe for agricultural migrants from China’s coastal Fukien Province, who started to cultivate rice and sugar.

In the 1640s and 1650s, the settlement grew into one of the largest and most profitable trading posts in all of East Asia, trading silk with China, rice and deer hides to Japan, and sugar as far as Persia. The Dutch imported water buffaloes from the Dutch East Indies (present-day Indonesia), which greatly advanced and modernized agriculture in the Tainan plains. During this time, the Dutch also established a rudimentary educational and medical care system, sent missionaries who converted the aborigine population to Christianity, and set up a more centralized governmental system with the aboriginal villages in the region, holding an annual “Landdagh” (meeting of representatives) with aboriginal village chiefs and elders in attendance.

All of this came to an abrupt end in 1661-62 when Ming Dynasty pirate chief Cheng Cheng-kung (known as “Koxinga” in the West), who was on the run ahead of the advancing Qing Dynasty, crossed the Taiwan Strait with 400 junks and some 25,000 men, laying siege to the Dutch fortress. After nine months, the Dutch had to surrender, the survivors returned to Batavia (today’s Jakarta), and Koxinga established himself as the local ruler on the Southwest coast of the island. In the process, he made sure he erased almost all remnants of the 38 years of Dutch rule in Taiwan.

For the next 300 years, there was little interaction between the two countries: each went through its own history into the 20th century. This changed in the 1960s, when—with the start of globalization—Taiwan became an important node in the international technology supply chain: Philips, the Dutch electronics giant, set up TV-screen manufacturing plants in Hsinchu. By the early 1980s, the Philips factories represented the largest foreign investment in Taiwan. One of its spin-offs was a joint venture between Philips and the Taiwan government, which resulted in the establishment of TSMC (Taiwan Semiconductor Manufacturing Company) in 1987, now the world’s largest foundry producer of semiconductors.

During the next three decades, economic ties and mutual investments spread to other sectors of the economy. Giant Bicycles established its European headquarters in the Netherlands, while recently Taiwan cement Corporation decided to set up its European headquarters in Amsterdam. During the 1980s, Taiwan was also in the headlines in the Netherlands for another reason: in 1981, the Dutch government under the leadership of Prime Minister Andries van Agt had approved an export license for two submarines, to be built by Wilton Feyenoord Shipyards in Schiedam. The Zwaardvis-class submarines were built in the early half of the 1980s and delivered to Taiwan in 1986 and 1987. As expected, the People’s Republic of China (PRC) raised major objections, downgrading relations with the Netherlands. This pressure by China prompted the Dutch government to reject a 1992 Taiwanese request for assistance in the building of four additional submarines.

In spite of the submarine episode, Dutch economic relations with Taiwan blossomed in the 1990s. Overall, several hundred Taiwanese companies now operate in the Netherlands, many of them located in Eindhoven, the headquarters of Dutch electronics giant Philips, as well as ASML, the world leader in microchip manufacturing technology. Also, many Dutch companies work in Taiwan in areas such as water management (flood containment, drainage, and reservoir dredging), renewable energy (building windmill parks offshore), smart cities, and healthy living. In a recent speech on April 25, 2019 on the occasion of Dutch King Willem-Alexander’s birthday, the Dutch representative in Taipei, Mr. Guy Wittich, lauded the relations with Taiwan as being “…in full blossom, robust, and expanding in many areas.” (Source: direct email communication between the author and Dutch representative Guy Wittich).

Mr. Wittich mentioned that in 2018, bilateral trade with Taiwan grew to nearly USD $10 billion, and that the Netherlands has again become Taiwan’s second largest trading partner in the EU (after Germany). He also noted that last year, the Netherlands was the largest foreign investor in Taiwan with USD $3.5 billion in Foreign Direct Investment. Mr. Wittich also mentioned the lively city-to-city exchanges between the two countries, and specifically referred to the visits by the mayors of Almere, Eindhoven, and Utrecht to Taiwan, and the warm welcome they received from the city governments of Tainan, Taichung, Hsinchu, Taoyuan, New Taipei, and Taipei.

While economic ties are in full bloom, political ties keep on lagging: like in most other European countries, the Dutch government still adheres to a “One-China” policy that came into being in the 1970s. The Netherlands maintain formal diplomatic ties with Beijing—established on May 18, 1972—and informal ties with Taiwan. And like the United States, which “acknowledged” (but didn’t “recognize”) the PRC’s claim to Taiwan, the Netherlands, and most other EU countries “took note of” China’s claim, yet did not recognize that claim.

Over the years, a number of Dutch politicians, especially in the European Parliament, spoke out in favor of human rights and democracy in Taiwan. Mr. Hans van Baalen of the Dutch VVD party (Volkspartij voor Vrijheid en Democratie, Party for Freedom and Democracy, the current Dutch ruling party), who served for many years as President of Liberal International and of the European Parliament’s Alliance of Liberal and Democrats for Europe (ALDE) Party, and Mr. Bastiaan Belder, who is a prominent member of the Foreign Affairs Committee in the EU Parliament, developed close ties with Taiwan, and particularly with President Tsai Ing-wen of the Democratic Progressive Party (DPP, the current governing party in Taiwan).

Yet, in spite of the efforts of people like Mr. Van Baalen and Mr. Belder, Dutch policy towards Taiwan has not yet caught up with the basic fact that Taiwan is now a vibrant democracy, and very different from the repressive Kuomintang-ruled “Republic of China” in the 1970s. The Netherlands’ and other countries’ break of relations with Taiwan in the 1970s was prompted by the fact that the Kuomintang still claimed to be the rightful government of all of China, which is obviously not the case anymore.

Taiwan has moved into the 21st century as a full-fledged democracy, and its government and parliament are elected by the people on the island in free and fair elections. It is a peaceful country that wants to play its rightful role in the international family of nations. It is thus essential that the international community, and particularly liberal democracies like the Netherlands, start to look at Taiwan in its own light and its own right.

The Netherlands, together with other EU members, need to bring Taiwan in from the cold of international political isolation, and move towards more normal bilateral relations. They also need to be more forceful in the application of the principle of universality as embedded in the Charter of the United Nations, and support Taiwan’s participation in international organizations as a full and equal member. That is the only way to safeguard peace and stability in the region.

The main point: Perhaps unknown to many, the Netherlands has a long history of relations with Taiwan, going back to the time Formosa was under Dutch East India company rule for 38 years in the 17th century. However, from 1662 until the 1960s, there was very little interaction between Taiwan and the Netherlands. This changed in 1968 with the establishment of the Philips company in Taiwan, which grew into a fruitful bilateral economic relationship. However, Dutch policy towards Taiwan has not kept up with the fact that Taiwan is now a vibrant dem

Explaining the November 2018 Elections: Implications for the US-Taiwan Relations in 2019 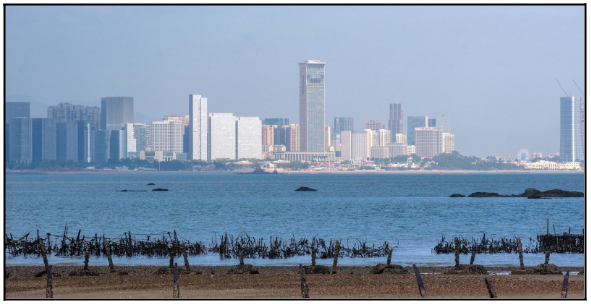