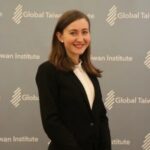 In early October, the Chinese leadership was caught off guard when Prague—the capital of the Czech Republic—suddenly ended its sister city agreement with Beijing. What probably came as an even bigger loss to Beijing was that Taipei may soon take over Beijing’s place. Indeed, a Prague-Taipei sister city agreement is currently underway and a draft is already in the approval process and may be passed before the end of the year. But how did it come about that a city within a European nation that was long considered a Chinese gateway into Europe and seemed so deep in China’s pocket suddenly made this shift? What does this mean for other European cities? And what are the takeaways for Taipei?

In the past decade, the Czech Republic has become infamous in the free world for President Miloš Zeman’s pro-China and pro-Russia views. The Czech Republic is a parliamentary republic with the prime minister as the head of the executive branch, yet the current president has continuously tried to expand his authority beyond his representational functions to shape foreign policy. The president, who has served in that capacity since 2013, has made statements praising the People’s Republic of China (PRC) regime sparking criticism among lawmakers and the public alike. His controversial remark during his 2014 visit to China that he came to learn “how to stabilize society“ is particularly notorious. Therefore, many observers were surprised when reports emerged about Prague’s disagreements with Beijing followed by a discontinuation of their sister city agreement. Yet, it was precisely that agreement that brought about this severance of ties.

In March 2016, during General Secretary Xi Jinping’s visit in Prague, the Prague City Hall Council led by Adriana Krnáčová from the populist party ANO signed a city-to-city agreement with Beijing. The document promised cooperation in many areas, including culture, trade, and tourism. The agreement also indicated that the Prague Zoo would be allowed to lease a panda from China. The agreement sparked a wave of criticism due to its third article containing a “One-China” clause—a stipulation which is often required by the PRC in agreements on a state level, but remains uncommon in municipal cultural agreements.

That was not the only controversy that erupted in connection with Sino-Czech ties. First serious signs of deterioration of ties emerged in 2018, when CEFC (China CEFC Energy Co.), a key Chinese investor in the Czech Republic with ties to the Czech Presidential Office, and its Chairman Ye Jianming, President Zeman’s economic advisor, reportedly came under investigation in China. Critics also pointed out that the CEFC investments failed to bring any tangible benefits to the European nation; the majority of investment focused on real estate and acquisition of companies.

Following a lengthy controversy surrounding the CEFC with no closure, it appeared that nothing could jeopardize Chinese ties in the Czech Republic. In the meantime, however, a new leadership in the Prague City Hall Council emerged; a progressive liberal candidate from the Czech Pirate Party Zdeněk Hřib was elected Prague mayor; and more voices began warning about threats coming from China.

The first sign of a changing tide in Czech politics came at the beginning of 2019, when Prague Mayor Hřib turned down a request by Chinese diplomats that Taiwanese representatives leave a meeting attended by both parties. Three months later, another similar request was made; but this time, Trade Minister Marta Nováková complied and asked Taiwanese diplomats to leave the trade forum. This incident was met with a wave of condemnation; some lawmakers called for the minister’s resignation.

Prague announced at the beginning of the year that it would remove the controversial “One-China” clause from the agreement and began renegotiating the terms. Mayor Hřib explained that Beijing’s agreements with other European cities such as London or Riga do not contain the “One-China” clause, and therefore “there is no reason that Prague should have one.” “The cultural partnership of the Czech and Chinese capitals should be apolitical and solely concerned with cultural exchanges,” Hřib pointed out.

In March 2019, Mayor Hřib made a visit to Taiwan and met with President Tsai, Foreign Minister Joseph Wu, and his Taipei counterpart Ko Wen-je. During his visit, he assured Taiwan’s representatives that he values human rights over “panda diplomacy” and held talks about student exchanges, medical technology cooperation, and the possibility of establishing a direct connection between Prague and Taipei to bolster economic and cultural exchanges between the two nations.

By April, Beijing cancelled performances by all cultural organizations whose names were associated with Prague in reaction to the initiative to remove the “One-China” clause. In response, the Prague Mayor assured the Ministry of Culture that Czech cultural institutions would not be impacted by politics and that cancelled performances in China could be replaced by opportunities elsewhere—including Taiwan.

Throughout the summer, the Chinese embassy warned the Prague Council against “disrupting the Sino-Czech relationship” and demanded that the council reconsider their stance, or else “their own interests will be hurt.” That is likely where the Chinese embassy crossed the line; sharp responses from Czech politicians began to roll in. One lawmaker tweeted: “I ask the comrades from China to finally begin respecting human rights and adopt the standards of western democracies. Only then will the Sino-Czech relationship be without disruptions.” A tweet by another politician read: “Our long-term stance is that human rights are more valuable than a panda in the ZOO.”

Finally, on October 7, Prague Council voted unanimously to terminate the partnership with Beijing after Chinese diplomats failed to respond to the council’s requests to negotiate the removal of the “One-China” clause. Beijing’s municipal government promptly issued a statement claiming that Beijing “terminated the friendship deal with Prague due to the lack of political understanding“ and that Prague officials must reflect on their mistakes.“

Martin Hála, director of Sinopsis commented, “There is tangible anger in much of the public […] at the disastrous results of the pro-Beijing policies of President Zeman that have brought the country nothing but embarrassment. The Prague City Hall decision […] is just one aspect of a much larger trend.”

In the same month, the Chinese embassy complained again when the Czech Senate President and the second-highest official in the Czech Republic Jaroslav Kubera attended Taiwan’s Double Ten reception and appeared on photos with Taiwan representatives. Kubera reportedly dismissed Chinese criticisms following the event, asserting that “Beijing must not interact with the Czech Republic from a position of power and threaten it.” Kubera also recently emphasized the importance of trade with Taiwan, stressing that Taiwan is Czech Republic’s third largest Asian economic partner. There have been reports of Kubera’s intentions to visit Taiwan next year. Later, however, another source indicated a level of hesitance regarding the trip following another wave of criticism from the Presidential Office, stressing concerns about the impact of such visit on Czech businesses. It is now uncertain whether or not the visit will take place.

Prague’s reorientation, even if only on the local-politics level, comes at a time of increasing recognition of the challenges that come along with engagement with China. Czech intelligence and cyber security agencies have warned against using Huawei and ZTE equipment (the warning was refuted by the president as groundless), and the government organized a 5G Security Conference in May, addressing cyber threats from Russia and China. Awareness is increasing in academia as well; just this month, it was found that Charles University employees of the Czech-Chinese center were directly payed by the Chinese embassy for organizing biased pro-China conferences and courses; all employees were since fired.

Finally, one thing should be made clear: The switching of sister cities relationship by no means signifies a switching of official relations on the state level. Even in the case of city-to-city ties, the initial intent was only to remove the incremental section; Prague government did not initially plan to switch relations. Prague has also retained its partner city agreements with two other Chinese cities: Guangzhou and Shanghai. On the state level, the Czech Republic continues to uphold its “One-China” policy. At least until the next presidential election, Chinese ties with the current Czech leadership will likely continue.

Implications for China and Taiwan

So what does this case mean for Taiwan and the PRC? This development is a clear warning for the PRC regime: it shows that even those smaller nations in Europe that may have given the impression that they will succumb to Chinese pressure for economic benefits do not respond well to extortion. It should also be a lesson that European countries are becoming more aware of the costs and challenges that accompany openness to China. Prague’s termination of this agreement showed China that respect for liberal values is essential when establishing ties in Europe and it will not earn the trust and respect of European people until it upholds basic values.

While China’s agreements with most European cities did not contain the “One-China” clause in the first place, the Prague case provides an important example for those cities or countries coerced by the PRC. Prague showed that it is indeed possible to stand up to China’s pressure; and even if the PRC chooses to fulfil its threats and cut certain ties, those engagements can often be replaced.

On the other hand, the recent events are a signal for Taiwan that countries in Europe are beginning to recognize the drawbacks of close relationships with China—and one of the possible strategies for Taiwan is to wait for China’s diplomatic missteps.

Now is a good time for Taiwan to search for ways to enhance its partnerships in Europe, and closely monitor the developments in European politics. This is particularly relevant now, given the numerous cases of EU members’ support for Taiwan’s participation in international organizations. As Taiwan knows firsthand, liberal democracies host a wide variety of opinions. And even those countries whose leadership currently appears to be more receptive to illiberal regimes have representatives interested in advancing mutual exchanges and ties with Taiwan.

While opportunities for expanding Taiwan’s international space through official diplomatic relations are limited, the case of Prague shows that there are other ways to pursue international cooperation—through local, small-scale engagements such as city-to-city ties.

The main point: Prague’s switch from Beijing to Taipei was a surprise to many, even though controversies surrounding China’s engagements with the Czech Republic and the changes in Czech local politics long indicated a change of course. Taiwan should actively search for opportunities for advancing ties with European countries; even if only on the local level.