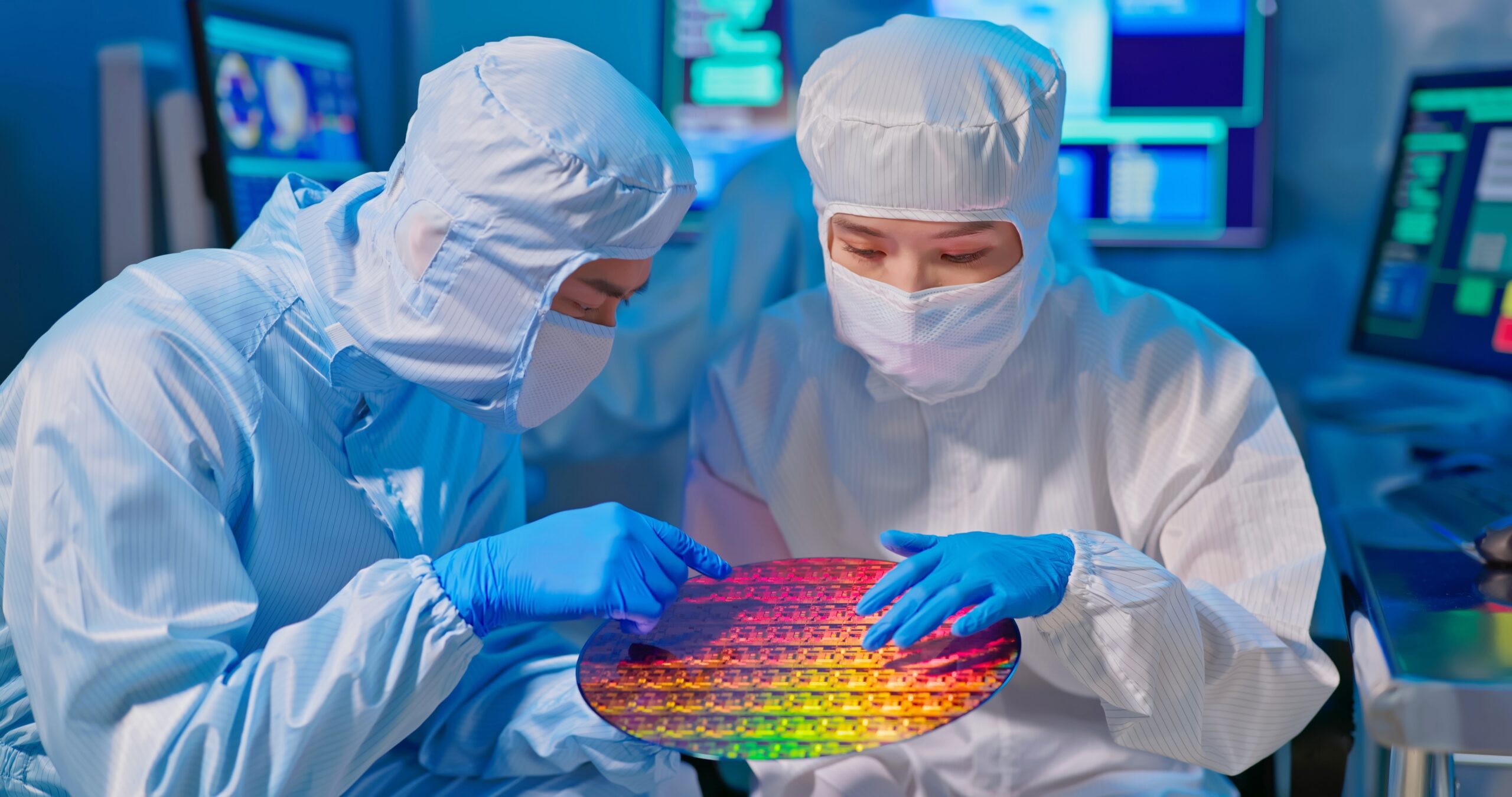 In March of this year, the Taiwan Ministry of Justice’s Investigation Bureau (法務部調查局) launched probes into more than 100 companies suspected of trying to woo the island’s semiconductor engineers to work for mainland Chinese companies. Two months later, it raided the offices of 10 more semiconductor companies and summoned their owners for questioning about talent poaching.

China’s efforts to sabotage Taiwan’s chipmaking industry are not new. In 2019, for example, Taiwan’s Business Weekly reported that more than 3,000 semiconductor engineers had already departed the island for positions at mainland companies, amounting to nearly one-tenth of the roughly 30,000 Taiwanese engineers involved in semiconductor research and development (R&D). Although Chinese firms face significant barriers in various segments of the semiconductor industry, they have succeeded in amassing a wealth of intrinsic knowledge by luring not only top Taiwanese executives, but also “entire production teams on the ground.”

Given its prominent position in so many global supply chains, threats to Taiwan’s semiconductor industry are a source of international concern. This article argues that, despite their competing interests in some segments of the chip market, the US and Taiwanese governments share an interest in strengthening mechanisms for mutual legal assistance, harmonizing approaches to export control, and pooling investments in semiconductor fabrication.

Brandishing a Buckler: Taiwan’s Efforts to Secure its Semiconductor Industry

Taiwan’s sustained leadership in the global semiconductor industry has rested both on promoting the growth of its homegrown semiconductor enterprises and protecting them from foreign exploitation. Taiwan has launched myriad incentives to attract Taiwanese companies who had previously set up shop in the People’s Republic of China (PRC) to “reshore” their operations. In 2019, Taiwan’s Ministry of Economic Affairs (MOEA, 經濟部) managed to secure USD $23 billion worth of investment pledges from 156 Taiwanese companies returning from the mainland. More recently, the Tsai Administration has also supplemented economic carrots with legal sticks to crack down on cases of espionage, IP theft, and state-run talent recruitment initiatives.

First, Taiwan last month approved measures to strengthen its National Security Act (國家安全法), which apply harsher sentences for crimes including “extraterritorial misappropriation of trade secrets” and economic espionage. The move prohibits individuals from helping those in China, Hong Kong, Macau, and foreign countries from infringing on technologies that the government deems core to Taiwan’s security. Infractions can carry a prison sentence of up to 12 years and fines between USD $1.8 million and USD $3.6 million. The Act imposes additional penalties on Chinese companies operating in Taiwan without authorization, as well as on Taiwanese firms acting as front companies for Chinese counterparts. In announcing the changes, Executive Yuan Spokesperson Lo Ping-cheng (羅秉成) also said that a designated court will be set up to process cases of economic espionage.

Second, Taiwan in 2020 revised its Trade Secret Act (營業秘密法) to include criminal penalties for IP misappropriation. Depending on the severity of the charge, trade secret theft—including poaching engineers from rival companies—can be punishable by up to 10 years of prison time. The Act was amended again in 2021 to define sensitive technologies at stake in trade secret cases related to national security, which can carry even harsher penalties. Intellectual Property Office Director-General Sherry Hong (洪淑敏) noted that the act was amended specifically because trade theft involving foreign powers has historically been difficult to litigate, which had led prosecutors to pursue relatively light charges even for highly consequential infractions.

While both of these measures have served to close some loopholes by which Chinese semiconductor companies poach Taiwanese chipmakers, significant shortfalls in enforcement and prosecution have allowed Chinese firms to gain an edge in various segments of the global semiconductor industry. Chinese chip design companies have seen an unprecedented 30 percent annual growth rate in sales since 2020, and pure-play companies like Semiconductor Manufacturing International Corporation (SMIC, 中芯國際集成電路製造有限公司) have seen marked improvements in fabrication capability, which could threaten the long-term position of US chip design companies like Nvidia, Intel, and Xilinx, as well as production juggernauts like Taiwan Semiconductor Manufacturing Company (TSMC, 台灣積體電路製造股份有限公司).

Moreover, despite recent legislative reforms, some Taiwanese prosecutors still appear unwilling or unable to levy sufficient penalties on Chinese firms engaged in illicit talent recruitment. One notable example is the case of WiseCore Technology (智鈊科技) and IC Link (芯道互聯). In early 2021, these two Taiwanese companies agreed to co-invest and set up a team of headhunters with Bitmain (比特大陸), a Chinese company which “illegally recruited several hundred local engineers by paying them at least double their original salaries” at the expense of Taiwan’s semiconductor industry. Despite these crimes, New Taipei District prosecutors deferred prosecution of WiseCore Technology and IC Link, ultimately fining each a paltry USD $10,000, as they did not have previous records of similar crimes and were deemed to have shown “deep remorse.”

Building a Bulwark: US Interests and Opportunities for Collaboration

When it comes to semiconductors, the US relationship with Taiwan is complicated. The heavyweight of Taiwan’s semiconductor industry—and by extension the island’s geopolitical power—is TSMC. Its founder and CEO, Morris Chang (張忠謀), was famously lured to Taiwan in 1985 after being educated in the United States and spending two decades heading up the semiconductor wing of Texas Instruments. Among other Taiwanese industry leaders, Chang has also criticized recent US efforts to reshore some of its semiconductor manufacturing capacity, referring to the CHIPS for America Act—a USD $52 billion subsidy package—as being “naive” and “self-interested.” Both American and Taiwanese commentators worry that enhanced US subsidies for its domestic semiconductor industry could reduce global dependence on Taiwan, and therefore shrink Washington’s appetite to defend the island against a hypothetical invasion.

Despite their imperfectly aligned interests, however, there is still ample room for the United States and Taiwan to cooperate in defending their interconnected position in the global semiconductor industry. Both the US and Taiwanese governments share concerns about high-end semiconductor talent being poached by Chinese counterparts.

Given their complementary concerns, there are at least three actions the US and Taiwanese governments can take to broaden Taiwan’s “silicon shield” into a transnational bulwark.

First, Taiwanese prosecutors should make greater use of their Mutual Legal Assistance Agreement with the United States. In cases where prosecution under Taiwan’s National Security Act or Trade Secret Act would otherwise prove difficult, US law may offer easier pathways to more consequential indictments, especially if US intellectual property was involved in semiconductor design. For example, law enforcement agencies in South Korea have made use of their treaty with the United States to authorize asset seizures and bring more severe charges against North Korean companies engaged in money laundering and other financial crimes. In October 2020, Taiwan’s Ministry of Justice (MOJ, 法務部) worked with the US Federal Bureau of Investigation to achieve a similar result, bringing a USD $60 million suit against Taiwan’s United Microelectronics Corporation (UMC, 聯華電子) for trade secret theft it had committed in Taiwan. For its part, the US Department of Justice’s Office of International Affairs should ensure that cases involving Taiwan’s semiconductor industry are prioritized, as Chinese efforts to poach Taiwanese talent undoubtedly jeopardize long-term US national and economic security interests.

Second, the United States and Taiwan must harmonize their approaches to export controls, which involve various elements of the semiconductor industry. Taiwanese companies have been circumspect in adhering to extraterritorial US export controls, such as those brought against Huawei (華為) in 2020. TSMC, for example, has insisted that it can continue supplying chips to US-blacklisted companies, since its production processes do not exceed the 25 percent limit in using US-licensed software and technology that would trigger a requirement for a US export license. But curbing advances in the Chinese chip industry—and therefore long-term competition in other microelectronics, which could undercut Taiwan’s geopolitical interests—will require TSMC to play ball.

By strengthening mutual legal assistance, coordinating to improve export controls, and pooling investments in semiconductor fabrication, the United States and Taiwan can secure their position in the global semiconductor industry while defending against unwanted incursions by China’s technology and talent scouts.

The main point: Given Taiwan’s prominence in so many global supply chains, China’s efforts to poach talent from Taiwan’s semiconductor industry are a source of international concern. Despite their competing interests in some segments of the chip market, the US and Taiwanese governments share an interest in strengthening mechanisms for mutual legal assistance, harmonizing approaches to export control, and pooling investments in semiconductor R&D and fabrication.

PRC’s South Pacific Blitz: The Good, The Bad, and The Ugly