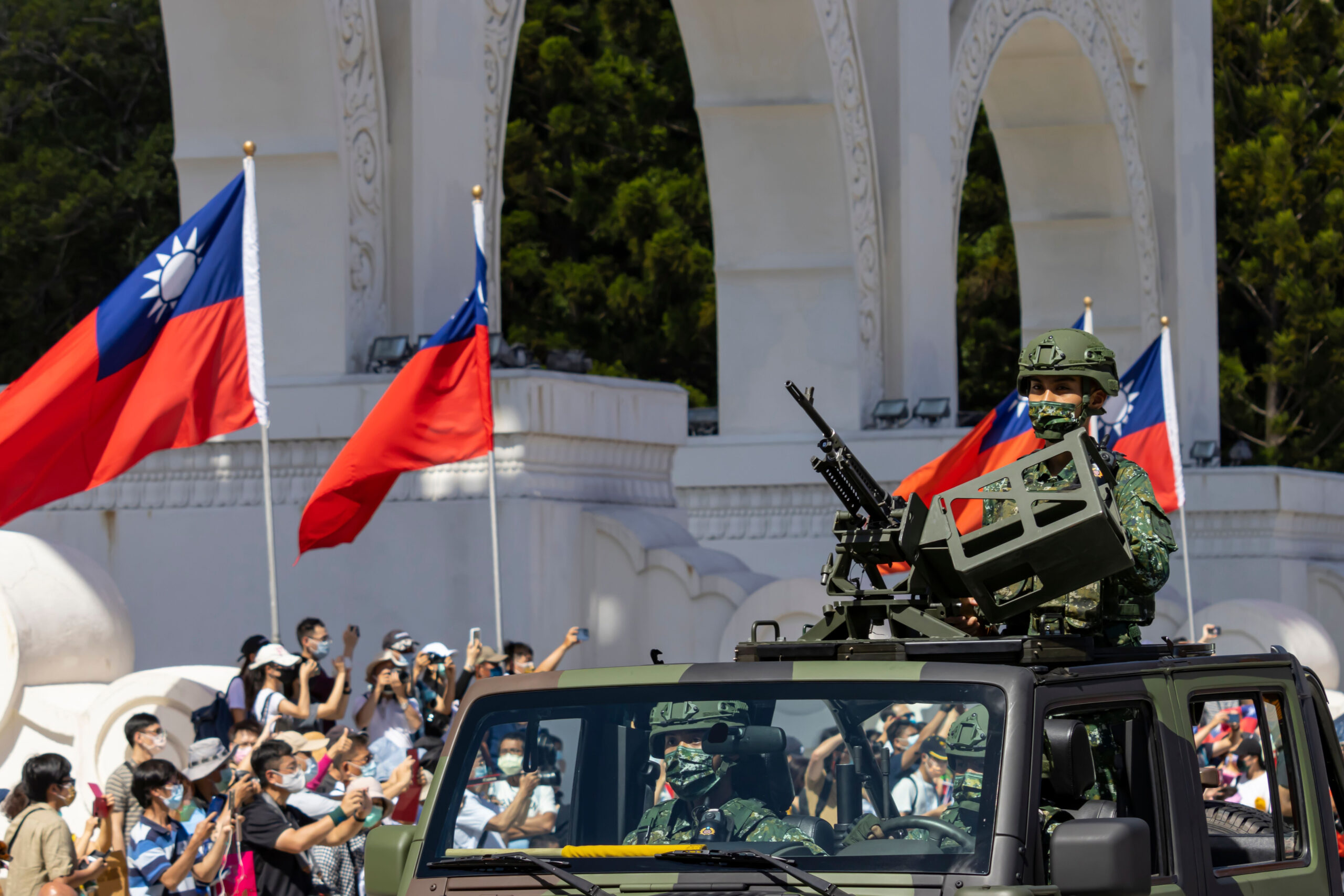 As Taiwan continues to grapple with preparing for—and deterring—a future invasion by the People’s Republic of China (PRC), there has been significant debate about the proper ways in which Taipei should boost its ability to fight and improve the capacity of its armed forces. Such conversations have accelerated in the aftermath of Russia’s February 2022 invasion of Ukraine, which led many observers to speculate about whether Taiwan would be next. One of Taiwan’s greatest military challenges is its relatively small number of active-duty personnel and repeated failures to meet recruiting goals. Without a properly staffed and equipped force, Taiwan will continue to face existential questions about its ability to stop a Chinese military invasion.

In response to Russia’s invasion of Ukraine and the ongoing war, conversations about Taiwan’s military preparedness, defense strategy, military recruitment, and civil defense have all heightened. The efforts of Forward Alliance (壯闊台灣), a civil defense and disaster response organization founded by former special forces soldier-turned-politician Enoch Wu (吳怡農), and Kuma Academy (黑熊學院), a civil defense organization cofounded by Doublethink Lab Chairman Puma Shen (沈伯洋), are geared towards preparing civilians for the worst by educating them with the necessary skills to carry out first aid in disaster situations and identifying fake news and conspiracy theories, while also providing general civil defense information and skill-building. While these organizations are working to fill a knowledge and skill gap on the part of Taiwan’s citizens, they currently have limited reach.

However, semiconductor billionaire Robert Tsao (曹興誠) is working to change that—and quickly. Inspired by the people of Ukraine taking the fight to Russia after the invasion, Tsao has promised to donate nearly USD $100 million to improve Taiwan’s defense. He also pledged to fund the production of one million combat drones to defend Taiwan during an invasion scenario. As a part of his plans, Tsao has donated about USD $20 million to the Kuma Academy to train three million “black bear warriors” by 2025. He has pledged another USD $13 million to train 300,000 marksmen. Given Taiwan’s lack of a culture of gun ownership, and its restrictive gun laws, much will be required to elevate Taiwanese people’s ability to mirror that of the Ukrainians to properly fight back against an invading force.

The Russian invasion of Ukraine could mark the beginning of an important culture shift in terms of Taiwan’s civilian population taking preparedness more seriously. This movement has been accentuated by bombastic figures like Tsao, who makes public appearances in a bulletproof vest, and who moved back to Taiwan and regained his citizenship in an effort to demonstrate how seriously he is taking the country’s future. While his style may not be perfect, seeing a wealthy individual put money on the table in the hopes of making positive change should not go unnoticed by Taiwan’s people, especially considering his many media appearances.

This article suggests that civilian and military leaders in Taipei should create a new initiative to increase civilian buy-in for the country’s military, with the goals of increasing recruitment and improving civilian understanding of the forces’ missions and operations. This initiative should be based on the United States’ Joint Civilian Orientation Conference (JCOC), sponsored by the Department of Defense (DoD) and Secretary of Defense, which this author was selected to attend in October 2022. Adopting a Taiwan version of the JCOC could expose influential civilians to the daily lives of its armed forces and make them better advocates for the services.

What is the US JCOC?

The JCOC, established in 1948, is an annual program convened by the DoD that takes civilian leaders to military bases and installations across the United States. Since 1948, over 7,000 people across 93 conferences have participated in the program. The JCOC’s mission is to “[enable] American business and community leaders to have a full immersive experience with their military.” A 1971 report by the US Comptroller General’s office noted that the program is meant to “(1) inform leading business, professional, and religious representatives about the mission of DOD and about the strength and readiness of the US Armed Forces and (2) encourage the conference participants to impart this information to their communities to stimulate support and interest in DOD activities.” While itineraries and budgets have changed over time, the spirit of the JCOC has remained steadfast.

Each of the armed services (including the Coast Guard) is represented in the JCOC. Notably, the 2022 JCOC was the first one to include the Space Force, as the program had to briefly pause due to the COVID-19 pandemic. Each day, participants would meet members of a specific service— across every rank, from privates to generals and admirals—and dine with them, hear their stories, watch them train (and occasionally get to participate in demonstrations), and receive mission briefings. Getting to interact with servicemembers throughout these events allowed participants to get to know US military personnel as the people that they are. Everyone was honest about the triumphs and challenges of their service as well.

Throughout the week-long 93rd Joint Civilian Orientation Conference (JCOC93), my co-participants and I were passengers in Stryker armored vehicles, received hand-to-hand combat training, were coached in proper rifle and handgun use, watched how the global positioning system (GPS) is maintained, observed a Marine Corps graduation, conducted first aid training, and watched various training demonstrations, among much else. The days were long and intense, and most importantly, the schedules were kept a secret to maximize the surprise and fun of each day. As a result of the week, 40 more civilians who live across the country and work in a variety of industries—from academia and entertainment to education and hospitality—now have a better understanding and appreciation for the US armed services, as well as the people serving the United States at home and across the world. Everyone went home from JCOC93 as better advocates for an effective national defense. 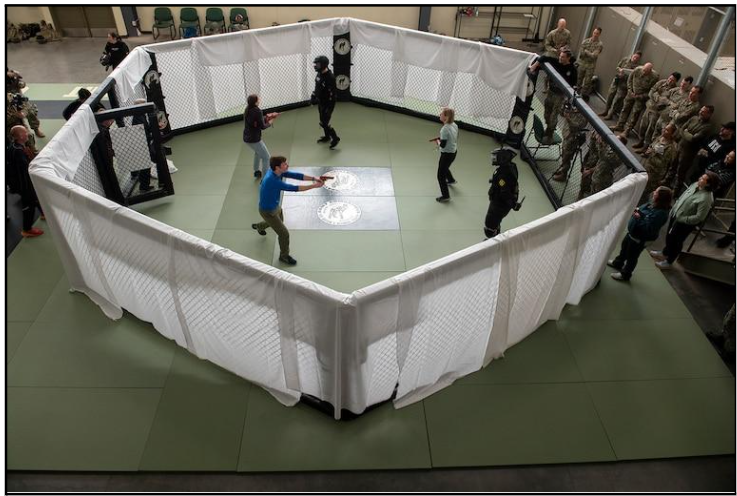 The Role of a “Taiwan JCOC”

As Taiwan faces down the China threat and leaders in Taipei decide on defense policy shifts, adding a JCOC-esque program for Taiwanese civilian leaders could potentially pay dividends in the short and long term. Specifically, it could help to generate support for younger Taiwanese considering service in the military, and contribute to more informed, well-reasoned debates on defense-related issues. And if Taipei targets high-profile individuals—like Robert Tsao—then there might be even greater cooperation by the country’s elite in supporting civilian defense and disaster relief initiatives.

The war in Ukraine and related defense conversations in Taiwan seem to have had an effect on views of service. Before the end of 2022, the Tsai Administration announced an extension of the mandatory service length from four months to one year. The extension takes effect in 2024, and only applies to men born after 2005. Before the announcement was made, even Minister of National Defense Chiu Kuo-cheng (邱國正) told the Legislative Yuan in October 2022 that the four-month-long service length was not sufficient. Chiu said, “Insufficient manpower in the military is one of the reasons for extending military service […] Four months of service is not enough as threats from the enemy are now severe.” Increasing the length of service—and more importantly, improving the quality and efficiency of the service year—is another good development to bolster defense.

Another reason for increasing the mandatory service period is that Taiwan’s attempt to pivot to an all-volunteer force in 2018 has largely failed to meet recruitment goals. Between 2016 to 2021, an average of 14,000 Taiwanese volunteered to join the military per year. However, given the declining birth rate, that number is expected to shrink to 9,000 by 2025. The conscript pool for 2022 is the “lowest in a decade.” Other factors, such as low pay and a stark disparity in gender representation, diminish the military’s ability to recruit. The extension of mandatory service is one minor attempt to address the issue.

Since the JCOC program would be a new endeavor, Taipei has the ability to shape it with specific goals in mind. Given ongoing conversations around the role of civilians in combat and how to reform conscription requirements, a Taiwan JCOC could help to pinpoint what Taipei wants to achieve in relation to reforming the military, with specific goals in mind—such as increasing recruitment numbers and shaping civilian defense mechanisms. This top-down approach—utilizing high-level, influential civilians working across a variety of industries—would at a minimum provide space for executives to include disaster relief, humanitarian assistance, and first aid trainings as a part of professional development for employees. Some benefits might be as small as an executive mandating and paying for first aid training. Others could be even more expansive, particularly if Tsao’s paramilitary training initiatives find success.

Without creating such a program, Taipei is depriving its military of getting to tell its story directly to the people. In the United States, military leaders often say that their best asset is their people. The same can be said for Taiwan’s military. Accordingly, Taiwan should allow Taiwanese military personnel to tell their own story, without restrictions, via a program modeled on the JCOC. What stuck with JCOC93 participants more than anything was not firing an M-4, freefall rappelling, or watching a search-and-rescue training; rather, it was talking over pancakes and eggs with the young men and women serving our country.

A Taiwan JCOC would allow Taipei to utilize the country’s civilian elite to achieve some of the goals that government officials struggle to achieve on their own. People like Robert Tsao, who has quickly leveraged his status and money to emphasize the need for change and reform in Taiwan’s defense, should be considered ideal candidates. Having greater public buy-in from such figures has the potential to change the public perception of volunteer military service.

The main point: Taipei should create a public outreach program similar to the US Department of Defense’s Joint Civilian Orientation Conference (JCOC). The JCOC provides influential civilians with the opportunity to spend a week with every branch of the armed services, meeting personnel, receiving briefings on the services’ missions, and participating and viewing training operations. A Taiwan version of the JCOC has the potential to increase recruitment and interest in civil defense by getting greater buy-in from the country’s civilian elites.

The Taiwan Relations Act in 2017

Lessons for Taiwan from the Russia-Ukraine War, Part 1: The Importance of Mobilization and Logistics