Steps Forward in the Taiwan-Japan Partnership

Steps Forward in the Taiwan-Japan Partnership Dr. June Teufel Dreyer is a Professor of Political Science at the University of Miami and is the author of the recently-published Middle Kingdom and Empire of the Rising Sun: Chinese Japanese Relations, Past and Present (Oxford University Press, 2016).
Steps Forward in the Taiwan-Japan Partnership

A quick glance at a map shows why Taiwan and Japan are natural partners in the face of an increasingly aggressive China. Geologically, Taiwan is an extension of Okinawa—whose name literally means “rope in the sea”—which forms a bridge between Japan’s four main islands and Taiwan. Yonaguni, Japan’s westernmost island, is less than 70 miles from Taiwan’s east coast; Yonaguni and Hualien (花蓮) are sister cities. There is a brisk trade between the two countries, and the intervening waterway is a strategically important passage for both commercial and military traffic.

Historic ties dating from the 50-year period (1895-1945) when Taiwan was a colonial possession of Japan remain strong. In mid-December 2016, the Taipei Economic and Cultural Office in Japan, which represents Taiwan’s interests there, released the results of a poll it had commissioned from an independent private-sector company, indicating that 66.5 percent of respondents reported that they “feel an affinity” with Taiwan; 55.9 percent said they “can trust” Taiwan. When asked why, 55.2 percent pointed to the common values between the two nations, specifically mentioning freedom and democracy, and 43.8 percent the shared historical ties. Moreover, 60.2 percent said that relations between Japan and Taiwan are “good,” and 56.4 percent said they believed that relations “will develop” in the future.[1]

Due to the pro-China tilt of Ma Ying-jeou’s eight-year administration, the warm ties that had developed between Taiwan and Japan under the Lee Teng-hui and Chen Shui-bian administrations had deteriorated, and with arguably limited benefits to Taiwan. Neither the improved economic growth nor the enhanced international living space that the Ma government had claimed that closer China-Taiwan ties would achieve were realized. During the same period, Sino-Japanese ties deteriorated markedly, thus creating conditions favorable for rekindling Taiwan-Japanese ties under the administration of the newly-elected President, Tsai Ing-wen, and her Democratic Progressive Party (DPP).

Bilateral forums that had fallen into abeyance were revived. In April 2016, a few months after Tsai’s election but before her inauguration, the Tokyo-Taipei Forum re-convened, with experts discussing common strategic concerns. US participants were also invited to participate and included a recently-retired marine corps general, and an also recently-retired colonel who had helped train both Taiwan’s and Japan’s marines.

In December 2016, Taipei hosted the Taiwan-US-Japan and Asia-Pacific Regional Partners Security Dialogue with participants discussing a range of topics that included defense, free trade agreements, and Taiwan’s southbound investment policies that could reduce the country’s dependence on the China market. At the dialogue, Diet member Suzuki Keisuke advocated that Japan strengthen its strategic ties with its neighbors, including Taiwan, in the face of a rising China and possible American isolationism under newly-elected US President Donald Trump. At around the same time, at a conference hosted by the Project 2049 Institute in Washington DC, Deputy Assistant Secretary of Defense Abraham Denmark said that, in order to deter a Chinese invasion, Taiwan must be prepared to spend more on its own defense.[2]

Much the same has been argued for Japan. In this situation, it would seem wise for Taipei and Tokyo to cooperate, though due to fear of Chinese retaliation, both are hesitant to do so. Indeed, even such tentative steps as those mentioned above have drawn Beijing’s ire. Last year, on December 13, commentator Wang Ping accused the DPP of, among other things, currying favor with Japan and “licking the boots” of both Japan and the United States in the overseas edition of Renmin Ribao.

Somewhat less controversial from Beijing’s point of view are trade relations. Tsai’s government considers membership in the US-promoted Trans-Pacific Partnership (TPP) crucial to its desire to reduce Taiwan’s dependence on China’s market. Beijing, in addition to its bilateral free trade agreements throughout Asia, has its own Regional Comprehensive Economic Plan (RCEP), to which Taiwan would probably never be admitted under any conditions it could conceivably accept.

Taiwan offers important advantages to trade partners: due to its location astride major waterways, it can serve as a transportation hub and regional logistics center and is the world’s second largest producer of information hardware. In terms of gross domestic output value, Taiwan’s semiconductor foundry industry and semiconductor assembly and testing industries lead the world; its integrated circuit design and dynamic random access memory (DRAM) industries are both second globally. Taiwan has made modifications to its economic system to facilitate TPP entry, and very much covets Japanese sponsorship in its bid to join.

However, a major sticking point between Taiwan and Japan has been Taiwan’s ban on the import of produce from the four Japanese prefectures that were affected by the March 2011 nuclear meltdown. Diet member Kishi Nobuo has visited Taiwan three times to plead for lifting the restrictions, pointing out that independent evaluation has certified that the produce is radiation-free. No ordinary politician, Kishi is the younger brother of Prime Minister Abe Shinzō as well as the grandson and grandnephew of two other prime ministers; he is considered a likely candidate for the prime minister’s office himself at some future date. During his most recent visit to Taiwan in December 2016, Kishi seemed to hint that Japan’s support for Taiwan’s bid to join the TPP is contingent upon Taiwan lifting the ban. His exact words were:

Taiwanese participation in the TPP is something that we very much welcome. As I said, due to the close nature of our bilateral relationship, there are numerous issues that we need to overcome together. The issue we currently face is solving the prohibition of Japanese food imports to Taiwan. We feel this needs to be appropriately resolved to progress on trade talks.

The dilemma for Tsai’s government is popular opposition to lifting the ban, fanned by KMT allegations that are echoed in Beijing. The above-mentioned Renmin Ribao article, referred to the imports as akin to “slapping oneself in the face,” while a headline in the KMT-leaning China Post declared stridently “We’re not buying it.”

Moreover, given Donald Trump’s avowed resistance to the TPP, the pact’s future itself is in doubt. During his visit, Kishi said that, should the United States pull out, Japan was prepared to take the lead, a position that both Japanese and American specialists consider unlikely, with a Ministry of Foreign Affairs official speculating that if the United States abandons the TPP, Japan would likely move on to China’s RCEP.[3] This would be a severe blow to Tsai’s plans for Taiwan’s economic future.

Perhaps the most important and positive development in Taiwan-Japan ties has been the announcement that the Japanese government was changing the name of its de facto embassy in Taiwan from the ambiguous and misleading, “Interchange Association” to “The Japan-Taiwan Exchange Association.” While little substantive has changed, there is important symbolism in the change, as evidenced by sharp criticism from Beijing. Speaking at the official ceremony, the head of the newly-named agency, Numata Mikio, declared that bilateral ties were “at their best, but we should take further steps to develop [them].” According to a poll conducted a short while before, 66.5% of Japanese people reported that they felt friendship with Taiwan. Also, for the question of “what is the region in Asia you feel friendship mostly,” 59.1% of Japanese indicated Taiwan, far ahead of the next country on the list.

In sum, progress toward a closer partnership has been far slower than the ruling party’s supporters would like, yet far too bold for the opposition party and Beijing. Much will depend on the incoming US administration, whose personnel and policy choices have yet to be clarified, to encourage closer cooperation between two of its key security partners in the Asia Pacific.

The main point: There have been small but cumulatively meaningful improvements in Taiwan-Japanese relations since the Tsai administration took office. Beijing, assisted by the KMT, has protested. 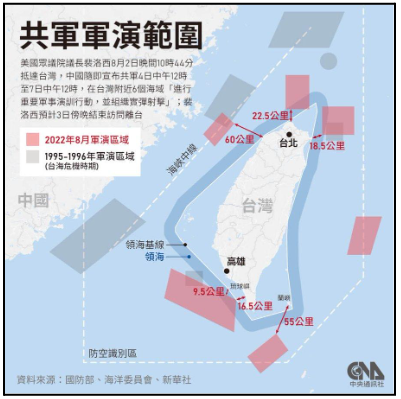