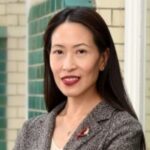 A recent investigation into China’s illegal poaching of local Taiwan chip talent has revived concerns that Beijing is targeting the island nation’s top engineers in its attempt to build an indigenous, world-class semiconductor industry to compete with the United States. On March 9, Taiwanese authorities raided the offices of two recruitment companies—WiseCore Technology (智鈊科技) and IC Link (芯道互聯)—that are suspected of illegally recruiting hundreds of chip engineers over the past three years through a joint venture with Beijing-based chipmaker Bitmain Technologies Ltd. (比特大陸). Bitmain’s actions allegedly breached the Act Governing Relations Between the People of the Taiwan Area and the Mainland Area (臺灣地區與大陸地區人民關係條例), a Taiwanese law designed to govern relations between the two sides, including those relating to its high-tech industry. According to Chang Jui-chuan (張瑞娟), a spokeswoman for the New Taipei District Prosecutors Office, this law stipulates that for-profit Chinese firms cannot set up operations in Taiwan or conduct business activities without approval from Taiwanese authorities.

Indeed, Taiwan has been battling a brain drain for years and initiatives such as the People’s Republic of China (PRC)’s unveiling of its “31 measures” back in 2018 can exacerbate such trends. The initiative was intended to woo young talents via tax breaks, subsidies for high-tech companies, and research grants for academics, in conjunction with its longstanding program to lure chip talent to the PRC via lucrative salaries and perks. Industry watchers have stated that Taiwan’s chip design houses and foundries have been hit the hardest by the outflow of engineers, especially Taiwan Semiconductor Manufacturing Corporation (TSMC, 臺灣積體電路製造股份有限公司). In 2020, China poached over 100 TSMC engineers, as well as another 3,000 chip engineers from Taiwan the previous year, as part of its “Made in China 2025” plan to comprehensively upgrade its high-tech industries. Carol Lin (林志潔), a law professor at the Hsinchu-based National Yang Ming Chiao Tung University, also warned that “China’s poaching of Taiwanese engineers undermines Taiwan’s semiconductor industry,” especially if trade secrets that could result in “unfair competition and even endanger national security” are shared with Chinese rivals.

However, Taiwan is not the only place in the crosshairs of the PRC’s efforts. China is also targeting the US, South Korea, Japan and other industrialized countries in its search for technology and talent. Nonetheless, the case of TSMC and Taiwan chip talent recruitment does shine a light on China’s overall strategy to acquire technology from abroad, in what is described by Chinese official sources as “building nests to attract phoenixes” (築巢引鳳). [1]

According to an August 2020 report entitled “Hunting the Phoenix—the Chinese Communist Party’s Global Search for Technology and Talent,” China has used talent recruitment stations to gain access to technology through covert and non-transparent means. The report, released by the Australian Strategic Policy Institute (ASPI) and partly funded by the US Department of State, found that China has at least 600 stations around the world that identify and recruit scientists and technologists who would be valuable to China’s quest for technological dominance.

In the past, desired technology transfers generally occurred via mergers and acquisitions at the company level; however, the Chinese government now increasingly conducts these transfers via mergers and acquisitions at the employee level through talent recruitment. According to the report’s author Alex Joske, China drew in almost 60,000 overseas professionals from 2008 to 2016, and the recruitment stations—often contracted to local professional, community, student, and business organizations—are often supervised by United Front Work Department (UFWD, 中共中央統一戰線工作部) groups.

The Chinese government has been promoting talent-recruitment work since the 1980s, so this is not a new phenomenon. However, it has placed more focus on the efforts over the past two decades. For example, in 2003, it established central bodies to oversee talent development, including the Central Coordinating Group on Talent Work (中央人才工作協調小組), which is administered by the Central Committee’s Organization Department. Then, in 2008, Beijing established the national Overseas High-level Talent Recruitment Work Group (海外高層次人才引進工作小組) to oversee the Thousand Talents Plan. [2]

Overseas companies can attempt to counter this trend by raising pay levels, but they are often unable to compete as they lack many of the benefits enjoyed by Chinese companies, to include large-scale industrial subsidies and protections against market competition. Taiwan has taken actions in response—such as strengthening its Trade Secrets Act (營業秘密法) to impose severe penalties and fines of up to NTD $50 million, and up to a 10 year prison sentence, for those who transfer sensitive technologies abroad. Despite this, it still faces a brain drain in its semiconductor sector as talent and know-how transfer to the PRC.

This has prompted Abhijnan Rej, Security & Defense editor at The Diplomat, to ask: why are so many scientists drawn to China?

In a recent article, Rej notes that while China’s attempts to find creative ways to acquire technological intellectual property have been heavily publicized in recent years, there is nothing inherently new to the challenge. In response, Rej argues that while the United States, Taiwan, and other powers should continue to contemplate means to maintain their scientific and technological edge and stem Chinese intellectual malpractice, they should also strive to be proactive rather than reactive. To this end, he argues that they should start “asking why so many scientists are increasingly drawn to China.”

As a chip industry executive observed, “[A]ll these Asian governments, including the Taiwanese government, need to think up good ways to retain talent, since China can use its great capital market, government subsidies, and lucrative packages to attract workers. You can’t expect your employees to be loyal forever if you did not offer enough incentives and opportunities.” So far, it seems that Taiwan is heeding this advice and taking steps to reverse the brain drain. Already, Taipei is bringing whole companies and production lines back from China thanks to a combination of government incentives and the US-China trade war. In August 2019, Taiwan surpassed its goal of seeing returning Taiwanese companies invest a total of NTD $500 billion four months ahead of schedule. In 2021, TSMC announced that it is implementing a 20 percent pay increase for its staff, as well as offering lucrative compensation packages to attract new talent for its USD $12 billion Arizona plant.

However, more needs to be done, especially at the level of universities and research institutes, where funding shortages often compel scientists to seek external funding from China. These funds are often provided by Chinese initiatives such as the Thousand Talents Plan (千人計劃), which is backed by the Thousand Talents Plan Venture Capital Center (千人計劃創投中心) that runs competitions to pair participants with start-up funding. To counter this lack of funds, Taiwan, the United States, and other allies can bolster their domestic talent base through something akin to the US National Defense Education Act (NDEA), which was one of the recommendations provided by the new National Security Commission on Artificial Intelligence report. The NDEA was developed following the launch of the satellite Sputnik by the Soviet Union in 1957 and was driven by US fears of Soviet educational superiority. As such, the act injected funding into US educational institutions at all levels to improve their science curricula. A similar initiative could perhaps be applied to Taiwan and other allied countries, providing support to cash-starved universities in order to build better nests to retain their own “phoenixes.”

Others, such as Wang Che-jen (汪哲仁), an assistant research fellow at the government-funded Institute for National Defense and Security Research (INDSR), have proposed that the United States and its allies form a global semiconductor supply chain alliance to protect their technological advantage and ensure national security. This view is shared by a former Taiwan National Security Council advisory member, Huang Tien-lin (黃天麟), who pointed out that Taiwan has become a “silicon shield,” which controls 19.9 percent of the global semiconductor market. Combined with the US (42.9 percent), the partnership represents 63.8 percent of the world’s semiconductor output. Indeed, in February, representatives from the Taiwanese Ministry of Economic Affairs (經濟部), US semiconductor firms Qualcomm and Corning, and Taiwanese companies United Microelectronics and TSMC met virtually to discuss cooperation in the chip sector. However, it remains unclear whether a chip alliance or stronger legal infrastructure to deter talent and technology poaching would truly remedy the issue. Ultimately, the phoenixes themselves will likely be the ones to decide which nests are more attractive for them to roost in.

The main point: China’s recruitment of Taiwanese semiconductor engineers over the years has highlighted its broad strategy of talent recruitment as a new form of technology transfer.

Symbols versus Substance: The Case for US Naval Ship Visits to Taiwan