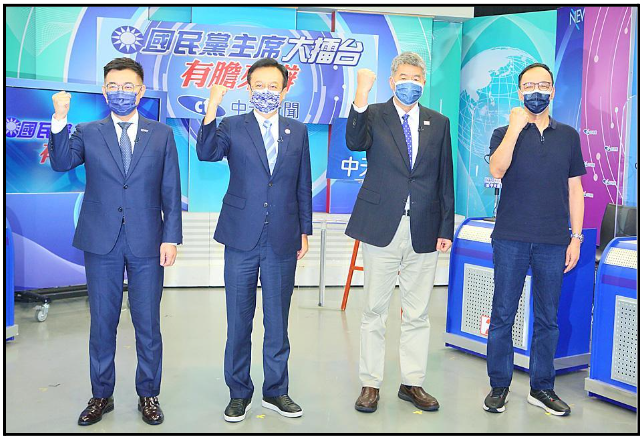 Jessica Drun is a non-resident fellow with the Atlantic Council’s Global China Hub.

With renewed attention on cross-Strait relations in recent years, the bulk of foreign media and analytical attention has been on the potential for a People’s Republic of China (PRC) invasion of Taiwan. These assessments have included attempts to draw parallels with other major geopolitical events, such as the US withdrawal from Afghanistan and the current war in Ukraine; assessments of the military balance between the two sides; or discussions of the risk that a Taiwan contingency could pose to critical global semiconductor supply chains.

Yet, what has been overlooked—and what, in part, undergirds these discussions—is PRC perceptions of whether time is on its side in regards to Taiwan. And a critical element of Beijing’s calculus on this front is whether it can reshape the trajectory of Taiwan domestic politics to, once again, better align with its viewpoints. Accordingly, one of the major questions is the future cross-Strait policy of the Kuomintang (KMT, 國民黨), Taiwan’s current opposition party, and whether the so-called “1992 Consensus” (九二共識) will continue to be pursued—and, if so, in what conceptualization.

The term “1992 Consensus” was formally coined not in its titular year, but in the year 2000, ahead of Taiwan’s first formal transition of power as a democracy. Then-Mainland Affairs Council (MAC, 大陸委員會) Chairman Su Chi (蘇起) devised the term to refer to the outcome of a 1992 meeting between the semi-formal authorities of each side that are tasked to manage cross-Strait relations, Taiwan’s Straits Exchange Foundation (SEF, 海峽交流基金) and the PRC’s Association for Relations Across the Taiwan Straits (ARATS, 海峽兩岸關係協會). During the SEF-ARATS meeting, which took place in Hong Kong, the two sides were unable to come up with a common baseline on which to build cross-Strait negotiations and agreements. Accordingly, the two subsequently agreed to instead orally state their respective—and dissimilar—stances on “One China.”

In its conception, Su argued that the “1992 Consensus” would allow for the continuation of semi-official contacts across the Taiwan Strait, as it would help interlocutors avoid direct mention of sensitive terms: “One China” (一個中國) for the Democratic Progressive Party (DPP, 民進黨) and “with respective interpretations” (各自表述) for the PRC. However, critics have viewed the move as an attempt to constrain incoming DPP President Chen Shui-bian (陳水扁) and his administration before they took office. From the DPP’s perspective, the “1992 Consensus” is particularly contentious because it failed to incorporate the will of the Taiwan people—with the Hong Kong meeting having taken place prior to the island’s democratization.

The “1992 Consensus” was formally adopted as policy by the KMT’s Ma Ying-jeou (馬英九) when he secured the presidency in 2008. With the “1992 Consensus” in play, Taipei and Beijing had a tacit agreement over a “One China” baseline—that Taiwan is a part of China, but with a deliberate lack of clarity on what exactly “China” entailed. The Ma Administration held that there is a “respective interpretations” stipulation, meaning that each side maintains its own view of what “China” is—with it being the Republic of China (ROC) for Taipei, and the PRC for Beijing. Notably, PRC representatives have never officially reiterated “respective interpretations,” and have only held that there is “One China.”

The eight years under the Ma Administration saw a period of rapprochement with the PRC, with a series of enhanced cross-Strait agreements and engagements, including the reopening of formal lines of communication. This period also included the first meeting between the leaders of the two sides since the Chinese Civil War, with Ma meeting with Xi Jinping (習近平) in Singapore in November 2015—two months ahead of the 2016 Taiwan general election. In the meeting, both Ma and Xi stressed the importance of maintaining the “1992 Consensus.”

Given the timing of the Ma-Xi meeting, there was speculation that it was an attempt to shore up support for the KMT and its cross-Strait policies before voters went to the polls, particularly as the public was questioning whether the benefits of these policies were evenly distributed, if they compromised or put at risk Taiwan’s de facto sovereignty, and if the party was skirting democratic procedures to support its political objectives. All of these concerns came to the fore in the 2014 Sunflower Movement. The Sunflower Movement also brought to public light the fissures within the KMT, when Wang Jin-pyng (王金平)—the then-speaker of the Legislative Yuan (LY, 立法院), who was often viewed as a rival to Ma Ying-jeou within the party—met and made concessions with the student leaders who were occupying the Legislature.

Since the KMT has been in opposition, however, the party has attempted on multiple occasions to make adjustments to its framing of the “1992 Consensus.” Sometimes, this has been informed by the personal beliefs of the party chairperson; at others, however, the party has introduced proposals in an attempt to garner greater appeal among the Taiwanese public. Notably, over the course of the past six years and throughout these deliberations, there has been pushback from opposing factions within the KMT itself, as well as from PRC leadership in Beijing. These dynamics showcase that the party is constrained in its space for action as it tries to square the circle between what is palatable to Taiwan’s electorate and what would be tolerated by Beijing.

In the aftermath of the KMT’s defeat in the 2016 elections—during which the party’s nominee, Eric Chu (朱立倫) called for a continuation of the “1992 Consensus” as articulated under President Ma—Hung Hsiu-chu (洪秀柱) was elected as the party’s chair (taking on the position from an interim chair who was assigned the role after Chu stepped down). Hung is perhaps best known as the party’s initial—and failed—nominee for that year’s general election, with her candidacy revoked after three months of campaigning due to fears that her rhetoric was too hardline for the mainstream Taiwanese voter. Under Hung’s leadership, the KMT removed the “with respective interpretations” caveat from the “1992 Consensus” in the party platform.

This approach was short-lived, however, as the next year Hung lost the KMT chairperson election to Ma Ying-jeou’s second-term vice president, Wu Den-yih (吳敦義), who reverted the party position back to the Ma-era formulation. This was met with disdain from the PRC, which perceived Wu as backpedaling from Hung’s stance. Wu later stepped down as chair after the party’s defeat in the 2020 election, which occurred against the backdrop of the PRC’s tightening grip on freedoms in Hong Kong and Xi Jinping’s 2019 statement that tied the “1992 Consensus” together with “One Country, Two Systems”—the latter of which has been rejected by both major parties in Taiwan, as well as its populace.

In a post-election internal review meeting of its reform committee, the KMT cast blame on both the DPP and the Chinese Communist Party (CCP) for contributing to the Taiwan public’s misunderstanding of the “1992 Consensus” and reaffirmed its stance as “respective interpretations.” Nonetheless, leadership attempted to make minor tweaks to their articulation of the “1992 Consensus.” Newly elected Chairman Johnny Chiang (江啟臣) called for greater emphasis on the Republic of China and proposed four new pillars for its cross-Strait policy to go alongside the “1992 Consensus,” though these were ultimately rejected due to opposition from the Ma camp. Thus, the only minor adjustment made was framing the “1992 Consensus” as based on the ROC Constitution, adding this formally into the party platform, though it has conceptually been espoused since the Ma Administration.

Chiang lost the subsequent chairmanship election held in September 2021 to Eric Chu. Since his election, Chu has worked to garner greater appeal for the party, especially as his selection as KMT chair came a little over a year before Taiwan’s November 2022 nine-in-one local elections. He has pursued deeper engagement with the United States, reopening the party’s representative office in Washington, DC this summer. During his formal remarks commemorating the launch, he called the “1992 Consensus” the “No Consensus Consensus”—a phrase that was met with immediate backlash from both the more traditionalist camps of the KMT, as well as from the PRC.

In essence, the KMT has grappled with its party policies over the course of the last five years. It first hardened its view under Hung before returning to the original Ma framework, with the two most recent chairs attempting to further soften the approach—by placing greater emphasis on the ROC and more ambiguity in its supposed common ground with the PRC. Both Chiang and Chu, however, have been unable to reach a party-wide accord. Chu’s chairmanship may be up for question depending on party performance in the upcoming local elections in November, and it remains unclear what the party’s stance will be on the “1992 Consensus” going into the critical 2024 general elections.

It seems that the KMT leadership understands that the “1992 Consensus,” in any of its recent configurations, has not been palatable to the Taiwan public, but the room that the PRC had previously allotted the party—through the political will to tacitly agree to disagree—may also no longer be on the table. Thus, the question looking forward is, which one will win out: an attempt to better preserve electoral viability, or to safeguard the generally positive relationship the party has long enjoyed with the CCP?

The main point: While the KMT has worked to reevaluate its framing of the “1992 Consensus,” it has thus far proven unable to balance its electoral interests regarding the wider Taiwan public with those of the PRC and more hardline factions within the party. This challenge will only grow more pressing as the party approaches the 2024 general election.

When Worlds Collide: Anti-Han Sentiment as a Risk for the New Southbound Policy