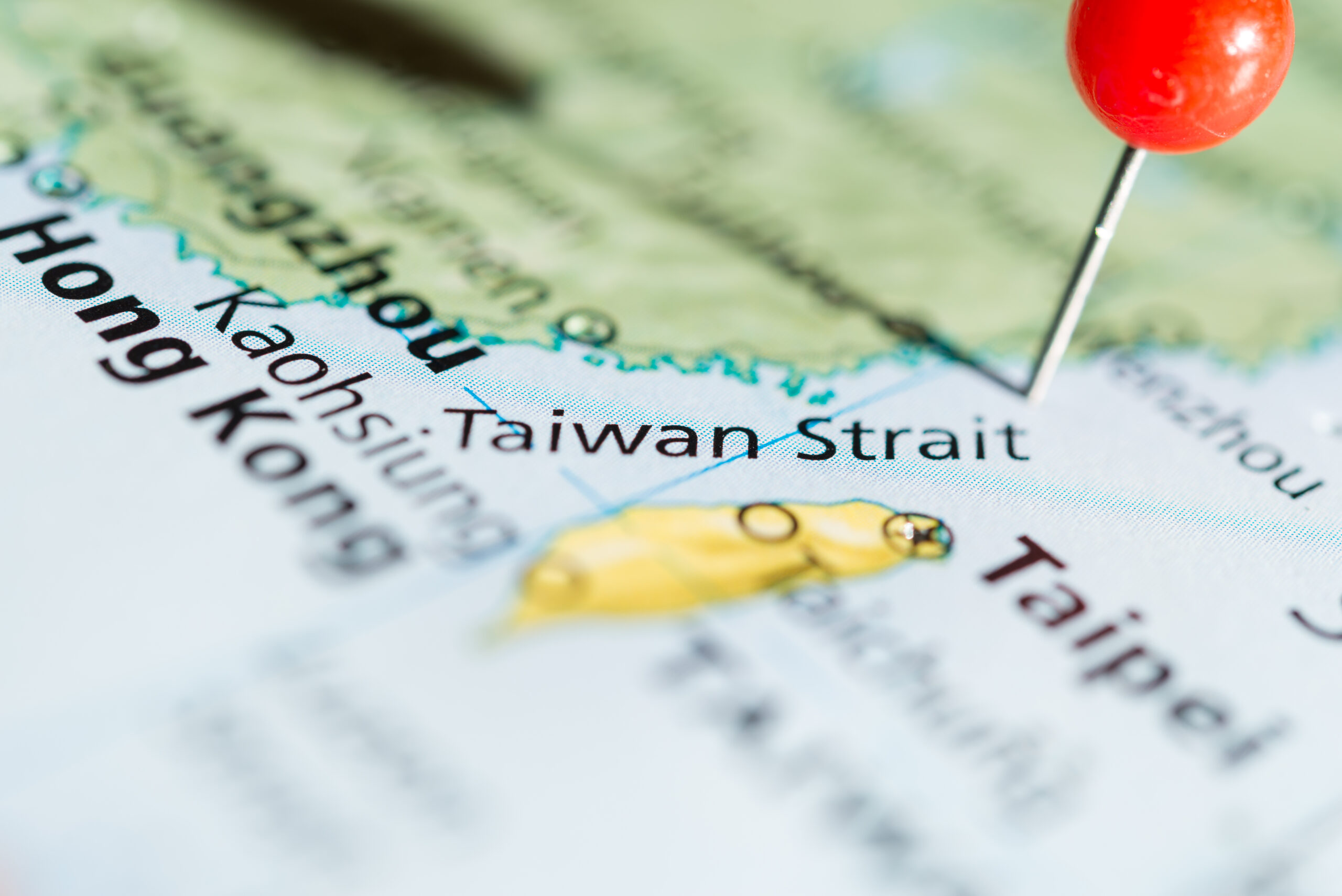 In the month of June, multiple spokespeople of the government of the People’s Republic of China (PRC) made statements about Taiwan that were unusually provocative, even by the standards of the angry and uncompromising rhetoric leveled against Taiwan on a regular basis. Two of the most prominent examples of this were provided by official spokespeople—speaking in fora directed at international audiences—that forcefully asserted ownership over Taiwan, angrily denounced the United States, and asserted maritime sovereignty rights over the Taiwan Strait that greatly exceed the scope of international law and generally recognized maritime customs. These measures are part of a larger pattern of gradually escalating rhetoric regarding the PRC’s claims over not only Taiwan, but also the surrounding maritime commons—as well as hostility directed towards the United States and its allies in the Indo-Pacific region.

The Shangri-La Dialogue, hosted annually in the late spring–early summer timeframe by the British think tank the International Institute for Strategic Studies (ISIS), has become arguably the premier international conference for security issues in the Indo-Pacific region. This year’s conference—the first since 2019, following a hiatus in 2020 and 2021 due to the COVID-19 pandemic—was held from June 10-12 in its regular venue in Singapore. One of the controversial highlights from this year’s event was an opposing pair of speeches by US Secretary of Defense Lloyd Austin and PRC Defense Minister General Wei Fenghe (魏鳳和), in which the two crossed rhetorical swords over multiple issues in the Pacific, including Taiwan.

Austin’s speech, delivered on the opening morning of the conference, made pointed criticisms of the PRC’s “coercive and aggressive approach to its territorial claims,” as well as its fishing incursions into other countries’ waters, its unsafe intercepts of foreign military aircraft in international airspace, and its fortification of South China Sea “man-made islands bristling with advanced weaponry to advance its illegal maritime claims.” Austin also directly raised the issue of PRC coercion against Taiwan, stating that:

[W]e stand firmly behind the principle that cross-strait differences must be resolved by peaceful means. Now, as a part of our One-China policy we will continue to fulfill our commitments under the Taiwan Relations Act [which] includes assisting Taiwan in maintaining a sufficient self-defense capability. And it means maintaining our own capacity to resist any use of force or other forms of coercion that would jeopardize the security or the social or economic system of the people of Taiwan. So our policy has not changed, but unfortunately that does not seem to be true for the PRC […] we see growing coercion from Beijing. We have witnessed a steady increase in provocative and destabilizing military activity near Taiwan, and that includes PLA aircraft flying near Taiwan in record numbers in recent months, and nearly on a daily basis. And we remain focused on maintaining peace, stability and the status quo across the Taiwan Strait. But the PRC’s moves threaten to undermine security and stability and prosperity in the Indo-Pacific.

General Wei delivered a pugnacious response the next day in a speech titled “China’s Vision for Regional Order.” Wei declared that his government “firmly reject[ed] the US smearing accusation, even threats against China,” and that “We should seek peaceful coexistence and win–win cooperation rather than hegemony and power politics.” He asserted that the US Indo-Pacific Strategy, promulgated in February, represented an effort “to hijack countries in our region and target one specific country. It is a strategy to create conflict and confrontation, to contain and encircle others.” Wei demanded that the United States “stop smearing and containing China, stop interfering in China’s internal affairs and stop harming China’s interests.”

The longest single section of Wei’s speech was dedicated to Taiwan, in which he stated:

Taiwan is first and foremost China’s Taiwan. It’s an internal affair of China’s [… and] China’s reunification is a great cause of the Chinese nation, and it is a historical trend that no one and no force can stop […] The Taiwan question […] is a legacy of China’s civil war and will surely be resolved as the Chinese nation achieves its rejuvenation. Those who pursue Taiwan independence in an attempt to split China will definitely come to no good end. […] [China] will resolutely crush any attempt to pursue Taiwan independence. Let me make this clear. If anyone dares to secede Taiwan from China, we will not hesitate to fight. We will fight at all costs and we will fight to the very end. This is the only choice for China.

Wei blamed an unnamed country, clearly intended to be the United States, for perpetuating the separation between China and Taiwan:

[F]oreign interference is doomed to failure. Some country has violated its promise on the One-China Principle as it applies to Taiwan. It has connived at and supported the moves of separatist forces for Taiwan independence. It keeps playing the Taiwan card against China. […] China is firmly opposed to such acts. Here, I want to make it clear to those seeking Taiwan independence and those behind them: the pursuit of Taiwan independence is a dead end, and stop the delusion. And soliciting foreign support will never work. […] If someone forces a war on China, the PLA will not flinch.

Overall, Wei’s speech was more focused on Taiwan than his previous 2019 Shangri-La speech, in quantifiable terms. [1] It was also more inflammatory in tone, invoking war in a direct way that the 2019 speech did not. Wei’s position as defense minister places him in a largely ceremonial role focused on military diplomacy, and the practical function of his office is to act as the mouthpiece of the PLA in its role as the Chinese Communist Party’s (CCP) army. Accordingly, Wei’s speech should not be understood as the voice of a more hawkish PLA, going beyond party dictates—rather, it is part of a larger campaign of propaganda to reassert and reinforce party policies.

“The Taiwan Strait Is Not International Waters”

Lest Wei’s speech be regarded as an outlier, it was followed by comments made the following day (June 13) by PRC Foreign Ministry spokesperson Wang Wenbin (汪文斌), which prompted a flurry of controversy and commentary as to whether or not the Taiwan Strait should be regarded as international waters under international law and conventions. Following a series of almost de rigeur condemnations of the United States (which was “further expos[ing] its ill intention to sow discord and the true nature of its hegemonic practices and exercise of power politics”), Wang offered this response to a question about PRC military officials reportedly asserting full sovereignty over the Strait in discussions with US counterparts:

Taiwan is an inalienable part of China’s territory. […] According to UNCLOS (United Nations Convention on the Law of the Sea) and Chinese laws, the waters of the Taiwan Strait, extending from both shores toward the middle of the Strait, are divided into several zones including internal waters, territorial sea, contiguous zone, and the Exclusive Economic Zone. China has sovereignty, sovereign rights and jurisdiction over the Taiwan Strait. […] There is no legal basis of ‘international waters’ in the international law of the sea. It is a false claim when certain countries call the Taiwan Strait ‘international waters’ in order to find a pretext for manipulating issues related to Taiwan and threatening China’s sovereignty and security. China is firmly against this.

Other parts of the CCP’s broader propaganda infrastructure also stepped forward to promote this theme. For example, on June 17 the state broadcaster CGTN published a commentary by Kong Qingjiang (孔慶江), a professor at the China University of Political Science and Law (中國政法大學), who argued that only the “high seas”—i.e., those areas beyond territorial waters, the contiguous zone, and the economic exclusion zone (EEZ)—could be considered “international waters.” [2] Per this line of reasoning, “Apart from the internal waters over which China may exercise full sovereignty, none of the rest of the Taiwan Straits can be associated with so-called international waters, for China is entitled to exercise various ranges of jurisdictions over all these areas”—including the exclusion of foreign naval vessels from the area. Such an argument accords with a longstanding—albeit muddled and selectively asserted—PRC position that an EEZ confers sovereignty rights tantamount to those of territorial waters.

At the best of times, the PRC’s rhetoric regarding Taiwan is intemperate and uncompromising, but Beijing’s statements in June have been even more provocative than usual. Taken in tandem with recent PLA military activity—such as the “beyond the island chain” aircraft carrier deployment in May and the sortie of 29 aircraft into Taiwan’s air defense identification zone on June 21—Beijing’s words and actions are raising the temperature in the region beyond the standard baseline. This raises the question as to why Beijing might be doing so now—that is, whether these recent phenomena are merely part of the usual ebb-and-flow of cross-Strait (and US-China) geopolitical signaling, or whether some other factors are at play.

It is conjectural, but one potential factor may be connected to the botched Russian invasion of Ukraine. As that invasion—which bears many parallels to a potential cross-Strait conflict—has proven less successful and far bloodier than its architects projected, it may have sown greater doubts in Beijing about the prospects for a military seizure of Taiwan. If so, the expected response from the PLA, and the rest of PRC officialdom, would be to compensate for any such doubts by doubling down even more on histrionic assertions of the PRC’s absolute sovereignty over Taiwan.

There are also multiple domestic factors within the PRC that may be pressing agencies of the party-state to stake out a harder line on Taiwan. The PRC’s economic slowdown, as well as the ongoing internal crisis prompted by its “Zero COVID” policy and attendant mass lockdowns (itself a further aggravating factor for the economic slowdown) may be prompting the CCP leadership to press more forcefully on emotive nationalist issues in order to distract from domestic troubles. Yet, the most important factor of all may be the need for party-state agencies and senior officials to biaotai (“signal loyalty,” 表態) ahead of the upcoming 20th CCP Party Congress scheduled for this autumn. With CCP General Secretary Xi Jinping almost certain to take a third term in office—breaking a precedent in place under his two predecessors, and possibly setting Xi up to remain in office for life—and with jockeying for other positions up and down the ranks of the party bureaucracy, the summer and fall are shaping up to be a tense time in PRC officialdom. (This is especially true amidst an ongoing anti-corruption campaign that doubles as a means to staff the bureaucracy with patronage loyalists.)

In such an environment, one of the most reliable, and safest, means to biaotai is by ramping up the rhetoric on Taiwan. Accordingly, the months between now and the 20th Party Congress are likely to see further, but gradual, escalations in Beijing’s provocative actions and language surrounding Taiwan.

The main point: The month of June saw a notable escalation in the PRC’s rhetoric surrounding Taiwan, and in its assertion of maritime sovereignty claims in the Taiwan Strait. The possible connection between these developments and the CCP’s quinquennial party congress later this year suggests that such rhetoric and geopolitical signaling is likely to remain elevated at least through the autumn timeframe.