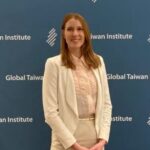 The Global Taiwan Institute (GTI) is pleased to invite you to a seminar titled “Opportunities in Taiwan’s Foreign Assistance: Aid Competition, People-to-People Ties, and Diplomacy.” As Taiwan has transitioned from an aid recipient to a donor state, demands have grown for public oversight and accountability in Taiwan’s foreign aid practices. Furthermore, Taiwan has faced persistent and severe diplomatic challenges from the People’s Republic of China (PRC) for decades, and this cross-Strait contest has also played out in the foreign assistance space as the two sides vied intensely for diplomatic recognition. The PRC’s use of massive loans and investments is increasingly weighing on Taiwan’s relations with official and non-official allies alike, particularly in the political and economic arenas. With the ongoing intensification of the PRC’s pressure campaign to restrict Taiwan’s international space, it will become increasingly important to adopt alternative methods of engagement with the international community, as well as forms of aid assistance that are more responsive to the development needs of the recipients.

In this panel, experts and practitioners will discuss the role of Taiwan’s foreign aid in building and maintaining its international space—from Small and Medium Enterprise (SME) assistance, technical missions, and people-to-people ties. How is its current strategy impacting its position on the international stage, and how is it evolving? In what ways can Taiwan better focus its aid efforts to not only provide humanitarian benefits, but also diplomatic benefits? What tools are being underutilized? Featuring a representative from the International Cooperation and Development Fund, this event will allow for a discussion on what Taiwan’s aid is doing right and how it can improve. This panel discussion is organized by the Global Taiwan Institute and supported in part by the Taiwan Foundation for Democracy.

Doors will open at 12:30 PM, and the event will begin at 1:00 PM. If you plan on attending in-person, please RSVP here by October 24, as seating is limited. A light lunch will be provided. Please only register if you would like to attend in-person. Please direct questions or concerns to Program Assistant Zoe Weaver-Lee at zweaver@globaltaiwan.org.

**Media: Please contact Marshall Reid at mreid@globaltaiwan.org if you would like to bring additional crew members or equipment, so that we can be sure to accommodate you.

Yen Ming-hong is the director of the Technical Cooperation Department at Taiwan’s International Cooperation and Development Fund (ICDF). Prior to his position as director, Yen served as division chief for the Humanitarian Assistance Department as well as the General Management Department. With over 15 years of humanitarian experience, Director Yen also has insights on-the-ground through his position as a coordinator for the Haiti Post Disaster Reconstruction Projects and as the project manager for the technical cooperation department. Yen has also been a recipient of the US Department of State’s International Visitor Leadership Program Scholarship. He has a bachelor’s degree in French from Fu Jen Catholic University and a master’s degree from the Institute of Political Science at National Sun Yat-sen University.

Bonnie Glick is the inaugural director of the Krach Institute for Tech Diplomacy at Purdue, a senior advisor at the Center for Strategic and International Studies, and a fellow in Harvard’s Institute of Politics. She formerly served as the deputy administrator and chief operating officer of the United States Agency for International Development (USAID). Prior to her appointment at USAID, Glick served as the deputy secretary of the Maryland State Department of Aging. She worked for twelve years with IBM, and served twelve years as a US diplomat in the Department of State. Glick holds a BA in government/international relations from Cornell University, an MA in international affairs from Columbia University, and an MBA from the Robert H. Smith School of Business at the University of Maryland. She speaks Spanish, Portuguese, Hebrew, Amharic, French, and Russian and has co-authored three patents.

Dr. Satu P. Limaye is vice president of the East-West Center and the director of the East-West Center in Washington where he created and now directs the Asia Matters for America initiative and is the founding editor of the Asia Pacific Bulletin. He is also a senior advisor at CNA Corp (Center for Naval Analyses). Among his current affiliations are Center for New American Security (CNAS) Task Force on the US-Philippines Alliance, United States Institute of Peace (USIP) Senior Study Group on the North Pacific, Project 2049 Study Group on the US-Australia Alliance, Korea Economic Institute (KEI) Advisory Council, and Global Taiwan Institute-Taiwan Asia Exchange Foundation project. He is a graduate of Georgetown University and received his doctorate from Oxford University (Magdalen College) where he was a George C. Marshall Scholar.

Zoe Weaver-Lee is a program assistant at GTI, where she has published several pieces on Taiwan’s foreign assistance programs, the New Southbound Policy, and Taiwan’s economic dependence on semiconductors. She graduated as valedictorian of her BA program in 2019 with a degree in global development and minors in Asian studies and political science from Stetson University. During her time at Stetson, Zoe received the Maris Prize for Undergraduate Research for her work on Taiwanese political identity using econometric methodology. While pursuing her degree, Zoe attended exchange semesters at Ewha Womans University in Seoul, South Korea and National Chengchi University in Taipei, Taiwan. Following her graduation, Zoe received the Huayu Enrichment Scholarship and attended National Chengchi University’s Chinese Language Center before starting her position as a Ya-Hui Chiu intern at GTI. Zoe speaks Mandarin and French, with proficiency in Korean and Arabic.

Glick began with a brief speech, where she explained the significance of US foreign assistance in the context of Taiwan. She argued that despite lacking formal diplomatic relations with many countries, it was still important for Taipei to leverage informal ties with the United States and other like-minded countries. By doing so, Taiwan could showcase its development assistance through joint programs, co-financing, and co-branding.

Following this introduction, Yen gave a brief overview of ICDF, including its founding and mission of facilitating education, training, banking, finance, and technical development abroad. He then proceeded to explain the three priorities of ICDF, asserting that the first diplomatic priority would be to consolidate relationships with Taiwan’s diplomatic allies. Second, he stressed the importance of expanding relationships with non-allied countries, and that this would be the second priority. Third, he suggested enhanced engagement and participation for Taiwan in international organizations.

Next, Limaye highlighted fundamental shifts that have occurred: such as a general movement to decouple from China, the growing diffusion of power, and a decrease in globalization, arguing that these trends have created more opportunities for foreign aid. He discussed the importance for Taiwan of pursuing opportunities with countries in Southeast Asia, and suggested the establishment of institutions dedicated to developing forward-looking projects between Taiwan and Southeast Asia.

In response to a question posed by Weaver-Lee regarding cooperation across the private and public sectors, Glick referenced the history of US aid to Taiwan. She noted that Taiwan’s transition from recipient to donor serves as a sign of success in foreign aid. Glick further touched on the importance of distinguishing between foreign assistance and investment, noting that the goal of foreign direct investment is for eventual returns through monetary investment or human capital. Ultimately, Glick asserted that through telling its story, Taiwan can inspire its investment partners to follow in its footsteps and move towards self-reliance. Yen further added that from the ICDF perspective, it is important to understand how foreign assistance projects can be transformed into lucrative business opportunities in partner countries.

Next, Limaye discussed the implications of aid competition, concluding that countering all competitive initiatives is unnecessary, and in some ways counterproductive for Taiwan’s purposes. Glick warned against drawing comparisons between Taiwanese and Chinese investments, emphasizing the importance of differentiating Taiwanese aid from Chinese “debt-trap” diplomacy. Yen further asserted that since the Taiwanese model differs from that of China, it is critical to think asymmetrically and focus on human capital to gain the support of local populations.

With regard to Taiwanese engagement with non-allied countries, Limaye stressed the importance of using its comparative advantages to support other nations. Glick added that continuously providing assistance during the pandemic or in times of crisis would reap benefits for Taiwan.

The event concluded with an audience question and answer section, during which the speakers addressed topics such as foreign infrastructure assistance, the publicity surrounding Taiwanese foreign assistance, and the logistics of balancing substantial and symbolic foreign assistance in international spaces.