Taiwan’s Ministry of Foreign Affairs confirmed that David Lee (李大維), secretary-general of Taiwan’s National Security Council, met with US National Security Adviser John Bolton during a visit to Washington earlier in May. This was the first publicly acknowledged meeting between senior officials from the two respective national security councils since Washington severed relations with Taipei in 1979. To the surprise of no one, Beijing was not happy. Per the state-owned Xinhua News Agency:

China on [last] Monday voiced its firm opposition to official contact between the United States and Taiwan “in any form” and “under any excuse.”

“China is strongly dissatisfied with and resolutely opposed to it,” Foreign Ministry spokesperson Lu Kang said at a news briefing.

The People’s Republic of China (PRC) Foreign Ministry’s breathless admonitions—there was a polemical exposition on why David Lee cannot possibly be referred to as Bolton’s “counterpart,” more “firm opposition” to various possible US sins, and the requisite insistence on US adherence to China’s one-China principle and the three joint communiqués—were unsurprising, but perhaps reassuring in their predictability. With the trade dispute deepening, with Chinese big tech under strain, with countries in Asia and even in Europe stepping up their efforts to balance against China (both in coordination with the United States and on their own), Beijing may be hesitant to pick a fight with Washington over a meeting.

Beijing may even be sufficiently self-aware to know it does not have much of a leg to stand on in seriously opposing senior-level contacts. On November 7, 2015, Taiwan’s then-president Ma Ying-jeou (馬英九) and China’s Xi Jinping (習近平) met in Singapore, marking the first-ever meeting between the political leaders of the Republic of China (Taiwan) and the People’s Republic of China (China). While both sides characterized the get-together as a meeting between party leaders—i.e., they met in their capacities as the chairmen of the Kuomintang (KMT) and the Chinese Communist Party (CCP), respectively—that is not how the meeting was perceived by the people of Taiwan or by the wider international community. Anybody who was paying attention saw senior-most government leaders engage in political discussions on a bilateral basis, and thus saw that world leaders (and not just those whose countries maintain diplomatic ties with the ROC) can meet with Taiwan’s president if they so choose. If political leaders can meet, surely subordinates can as well. Xi Jinping himself set this precedent. The United States should remind China of this any time Beijing voices opposition to bilateral US-Taiwan meetings.

There is another possible, though perhaps less likely, explanation for China’s relatively mild reaction to the meeting. Beijing may be calculating that Tsai Ing-wen will soon become Taiwan’s first single-term president. She is unpopular, struggling in the polls, and may not even be the ruling-Democratic Progressive Party’s nominee. Beijing may assess that should a KMT candidate win the January 2020 election, the new president will rebalance Taiwan’s external relations to place a greater emphasis on cross-Strait relations. In the event of a William Lai (賴淸德) victory, Beijing might expect that the United States will perceive Lai as an irresponsible steward of cross-Strait ties and thus, of its own accord, hold off on further deepening bilateral US-Taiwan relations.

Relatedly, Beijing may recognize that the Bolton-Lee meeting is likely to be well received in Taiwan by voters of both parties. An overly strident response could give Tsai a boost in the polls (much as Xi Jinping’s speech did in January) and make life more difficult for the KMT candidates that Beijing may prefer.

Whatever the reason for Beijing’s somewhat muted response to the meeting, it was right for the United States and Taiwan to test the waters in this way. American national security advisers may well have met Taiwan counterparts in the past, but the public acknowledgment in this case, and also that the meeting took place in Washington, DC, is part and parcel of a larger bilateral effort to make the relationship more normal (n.b., not to pursue normalization, as that term is generally understood in this context) and may point to an intention to carry out such meetings more frequently.

Publicly establishing the “normalcy” of US-Taiwan relations contributes to stability by enhancing deterrence vis-à-vis China. The United States has long maintained a policy of so-called strategic ambiguity with respect to the Taiwan Strait. The purpose has been to ensure that Taipei would not be confident the United States would come to its aid in the event of a conflict and thus constrain any inclination towards pursuing de jure independence. On the other side of the strait, Beijing could not be sure that the United States would not intervene in a conflict and would thus be hesitant to use force against the island.

Yet as a crisis in the Taiwan Strait, and even Chinese use of force, arguably becomes more likely, strategic ambiguity is becoming increasingly untenable. Bringing the US-Taiwan relationship into the sunlight is one way to decrease ambiguity concerning American interest in the island’s security and thus deter Beijing from resorting to overt aggression.

In the years since Washington established diplomatic relations with Beijing, and especially since the Cold War’s end, Taiwan has fallen off the “mental map” for many Americans. Although bilateral relations remain robust, diplomacy is often conducted discreetly and, unlike during the Cold War years, the American people are unaware of the island’s economic or strategic importance to the United States. Furthermore, discreet diplomacy has also left some segments of the population unclear about, or even unaware of, US commitments to the island and thus more susceptible to CCP propaganda. That myopia has long undercut deterrence of Chinese misbehavior—Beijing’s leaders could rationally wonder if the United States would ever go to war to defend Taiwan if American leaders were doing next to nothing to prepare Americans for that eventuality. The public conduct of diplomacy, and in particular by national security leaders, is one way of dispelling those doubts.

Beyond the question of holding senior-level meetings for the purposes of signaling and enhancing deterrence, US and Taiwan leaders have much to discuss. Whether coordinating responses to threatening Chinese behavior, expanding defense cooperation, deepening trade and financial ties, ensuring the security of global supply chains and telecommunications infrastructure, or exploring ways to expand religious freedom and democratic governance in the Indo-Pacific, direct engagement at the highest levels of government will better define, give impetus to, and ensure broader government buy-in for important joint initiatives. One wonders if Taiwan’s long quest (13 years and counting) for new fighter aircraft might have come to an earlier conclusion had the island’s senior most leaders been able to regularly and directly make the case to American counterparts? Might beef and pork issues have been resolved already? Presidents and cabinet members can create movement in a way that deputy assistant secretaries cannot.

Finally, in eschewing direct talks with Taiwan counterparts, the American president, secretary of state, and secretary of defense have not kept faith with the American people or with American sailors, soldiers, airmen, and marines. The first time these leaders engage with one another should not be when conflict is in the offing. To avoid surprises and to ensure effective cooperation in a worst-case scenario, senior leaders should forge personal relationships in peacetime—counterparts should seek to understand each other’s motivations and priorities, how they think, how they intend to manage crises. Pursuing such engagement can contribute to heading off crises in the first place and ensure that, should a crisis come, both sides are better prepared to deal with it together. American leaders do the American people a disservice, and betray the trust of American men and women in uniform, when they fail to take such steps.

The Bolton-Lee meeting should be just the first step in bringing bilateral US-Taiwan diplomacy out of the shadows. Such meetings, and their public acknowledgment, are fully consistent with the US “one-China policy,” which remains an important basis for America’s approach to the Taiwan Strait. Critically, top-level engagement can reduce the possibility of unwelcome surprises within the relationship, facilitate plans for handling harmful Chinese responses to joint US-Taiwan initiatives, advance important shared interests and joint initiatives, and enhance stability in East Asia.

The main point: Public acknowledgment of the meeting between John Bolton and David Lee points to an effort to restore normalcy to US-Taiwan relations, which will enhance deterrence vis-à-vis China and make for more effective, impactful bilateral US-Taiwan diplomacy. 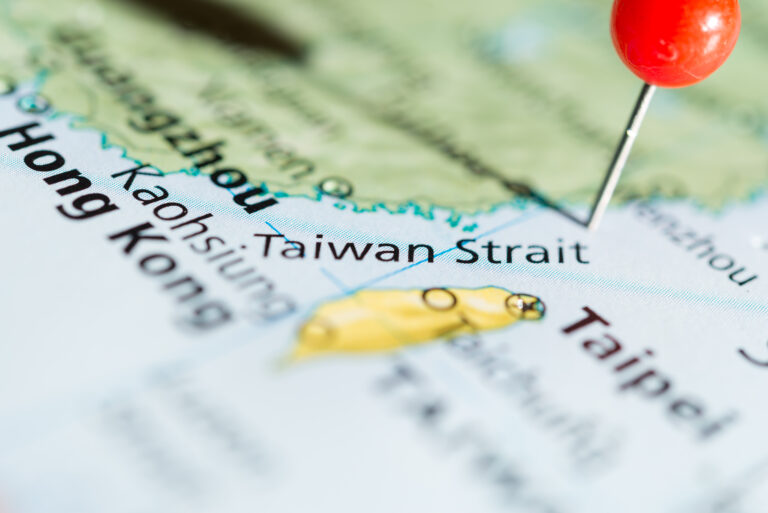