Next President’s Priorities for the Partnership with Taiwan

Next President’s Priorities for the Partnership with Taiwan

Shirley Kan is an independent specialist in Asian security affairs who retired from working for Congress at CRS and serves as a founding Member of GTI’s Advisory Board.
Next President’s Priorities for the Partnership with Taiwan

The Trump and Tsai administrations have repaired the US-Taiwan relationship, and the question is whether Biden’s administration will reverse gains in the strong partnership. After years of concerns raised by Chen Shui-bian (陳水扁) and Ma Ying-jeou (馬英九) as well as US delays in arms sales and other means of minimizing contacts, these last four years have presented Taiwan with a window of opportunity to strengthen its security. Taiwan faces uncertainty no matter who won the US presidential election. Nonetheless, there likely will not be a major rollback of progress, returning to weaker engagement. What should be the next president’s priorities for the partnership to advance US interests?

Indicators of any continuity of policy are whether the Biden administration will:

In the debate over “strategic ambiguity,” Trump has not articulated a different commitment to Taiwan’s self-defense. Indeed, he was not clear in an interview in August, when he claimed that China knows what he would do if it invades Taiwan.

Biden also is unlikely to give a new US defense commitment, but he should improve on Trump’s non-answer by consulting with the Congress and American people to fill in the gaps for why the United States supports Taiwan. As a Senator who voted for the Taiwan Relations Act (TRA), Biden should explain its obligations in the current context.

The TRA gives no absolute guarantee on defense, because Congress intended, inter alia, to subject any future decision on war to action by Congress, not only the President. The TRA embodies ambiguity for clear or flexible decision-making, as needed.

Trump’s National Security Strategy (NSS) of 2017 includes one statement about Taiwan. The NSS stated: “We will maintain our strong ties with Taiwan in accordance with our “One China” policy, including our commitments under the Taiwan Relations Act to provide for Taiwan’s legitimate defense needs and deter coercion.”

Biden should issue a new NSS in 2021 that fills in the strategic objective and interests concerning Taiwan. That NSS would guide the next National Defense Strategy.

The United States has geo-strategic interests in a strong Taiwan that, inter alia, is the inter-locking piece to fortify US allies to the north and south, and safeguards security in the Taiwan Strait, East China Sea, and South China Sea. A secure, democratic Taiwan is a force for freedom to bolster US leadership and the rules-based international order against the CPC’s attempts to undercut that order.

Biden should act with more consistency than Trump’s approach to allies and partners. Other specific steps of Biden’s White House should include:

If Biden proposes FMS, they are likely to have lower dollar values but would not necessarily signal a weaker stance. The trend has shifted away from expensive, major systems like Abrams tanks and F-16V fighters sold in 2019. Arms sales are placing priority on asymmetric warfare. The crux of the current challenge is Taiwan’s urgent, effective implementation of its Overall Defense Concept (ODC).

(2) The Pentagon and Ministry of National Defense (MND) need to minimize divergence about the ODC and reach a consensus about MND’s implementation of the concept. The administration’s latest released remarks on Taiwan’s defense stopped referring to the ODC by its abstract title and called specifically for MND to field a credible, resilient, mobile, distributed, and cost-effective force for deterrence, as stated by Acting Assistant Secretary of Defense David Helvey in October.

As originally conceived, the ODC sought to shift warfighting from attrition warfare to asymmetric warfare, to focus on the littoral zone and landing beaches, and to prioritize force protection and asymmetric capabilities over conventional means, as then-Chief of General Staff Lee Hsi-min (李喜明) explained to this author in 2018. Admiral (retired) Lee co-authored an article earlier this month, in which he further explained that the ODC applies geographical, civilian, and asymmetric advantages to deter the PLA. The ODC aims to deny the PLA’s amphibious invasion.

(3) Another discussion is needed to dampen divergence about Taiwan’s defense budget. Helvey said that the budget is “insufficient.” On a bipartisan basis, successive US administrations have assessed that Taiwan needs to raise resources and reallocate priorities within the defense budget to deter an existential threat. MND’s proposed budget for 2021 totals NTD $366.8 billion (about USD $12.5 billion), or 1.8 percent of GDP.

(4) The Biden administration might use my proposed Military Assistance Plan (MAP) as the bilateral mechanism to ensure accountability by action officers. The MAP should agree on select military interoperability to be proactive before any crisis, and on expanded training and combined exercises, such as for marines and special forces.

(5) The US and Taiwanese Air Forces should cooperate in 2021 to relocate Taiwan’s F-16 fighter squadron that trains at Luke Air Force Base (which is shifting to train F-35 fighter pilots) to Tucson Airport (both in Arizona).

(6) Another priority is to help Taiwan improve the readiness, recruitment, and retention of its reserve force. An option is to promote engagement with MND by the Mobilization Assistant to the Commander of the Indo-Pacific Command (INDOPACOM).

(7) The Pentagon should reset military-to-military contact while continuing the current administration’s visits by US generals and admirals. Military engagement needs a reset to ensure that MND’s leadership becomes more willing to talk with US officials. Tsai discussed national security on October 31 and directed the NSC and Foreign Ministry to engage more with the US side but failed to mention MND’s key role.

(8) The two sides need to discuss Taiwan’s divestment of legacy systems, especially to decommission Mirage fighters that are expensive to maintain. MND has more than 2,500 outdated aircraft, tanks, naval ships, and other equipment that are more than 30 years old, Defense Minister Yen Teh-fa (嚴德發) said on November 4.

(1) The Biden administration will likely strengthen efforts to deal with North Korea’s nuclear and missile threats. Washington should cooperate closely with Taipei on international sanctions against Pyongyang and monitoring of its missile launches with Taiwan’s long-range surveillance radar.

(2) As led by the NSC, the Trump administration initiated high-level attention to Pacific island countries, including support for US-associated states and Taiwan’s diplomacy. The United States has an enduring presence in the Pacific, and the US military sacrificed for peace and freedom. Exemplifying brave actions, in 1943-1944, the 2nd Marine Division won a key battle in Tarawa and trained in Hawaii to fight later battles in Saipan and Tinian. Today, INDOPACOM requires access to allies to secure the legacy of peace against the PRC’s malign influence.

The Compacts of Free Association (COFA) govern US ties with the Marshall Islands, Micronesia, and Palau, which also are called the Freely Associated States (FAS). The Republic of China (Taiwan) has diplomatic ties with four Pacific island countries: Marshall Islands, Nauru, Palau, and Tuvalu. In July, Taiwan announced the re-establishment of its representative office in the US territory of Guam.

Biden should work with Congress to renew the COFA that are to expire in 2023-2024. US policy should continue to align with Taiwan’s promotion of democracy and good governance, and explore benefits if Taiwan sets up a sovereign wealth fund (SWF) that invests in infrastructure projects in the Indo-Pacific.

(3) The Biden administration should continue the long-standing albeit spotty policy of mutual Cabinet-rank visits and support for Taiwan’s international space, particularly promotion of the “Taiwan Model” in fighting COVID-19. Washington should welcome Taipei’s Minister of Health and Welfare to visit and discuss vaccines and treatments.

(4) US leadership in support of Taiwan should involve more allies and partners, beyond those in the Indo-Pacific. An option is to enhance trans-Atlantic consultations with NATO and countries in the European Union. The Global Cooperation and Training Framework (GCTF) should be expanded worldwide.

(5) Biden’s administration should explore how to help remedy the lack of cross-Strait dialogue, after the Trump Administration’s surge of assistance for deterrence. Tsai discussed national security in late October and called for cross-Strait talks.

(1) Biden’s policy should address anemic economic engagement, along with Taiwan’s re-commitment again to international rules and scientific standards on beef and pork. The US Trade Representative (USTR) should resume talks under the Trade and Investment Framework Agreement (TIFA), which have been suspended since 2016.

(2) Biden should work with Congress and USTR on a bilateral trade agreement, without waiting to set his overall policy on trade. The USTR should approach this agreement similar to the state-by-state promotion of the United States-Mexico-Canada Agreement.

(3) The Biden administration should follow up on broad topics in the new Economic Prosperity Partnership Dialogue. The Under Secretary of State for Economic Growth, Energy, and the Environment will initiate this bilateral dialogue on November 20.

The main point: Biden’s administration should proactively act on priorities to sustain the strong partnership while clarifying US interests in a secure, democratic Taiwan.

[1] This author precisely translates “中國共產黨” as “Communist Party of China (CPC)” (which the CPC officially uses) and avoids ambiguous association of the CPC with “Chinese” culture or people. 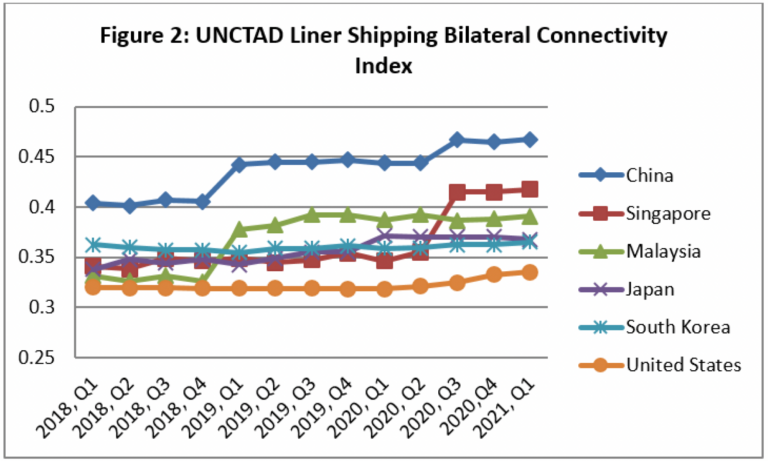