Throughout 2020 and 2021, the People’s Republic of China (PRC) has directed increasing military provocations against Taiwan in both the air and sea domains, with both nationalist press outlets and government spokespersons touting these military operations as proof of Beijing’s will and readiness to go to war over Taiwan. Amid these provocations, Republic of China (ROC) military planners in Taiwan have continued their efforts to upgrade the island’s defense capabilities, through both indigenous weapons development and the purchase of advanced weapons systems from abroad. Some of the most prominent steps taken in this direction over the past two years have been the purchase of 66 F-16C/D Block 70 aircraft from the United States in 2019; the commencement of an indigenous diesel submarine program; and the April 2021 commissioning of the indigenously built amphibious transport dock Yushan (玉山), a 10,600 ton, multi-mission amphibious ship intended for service with the ROC Navy.

However, less attention has been given over the past two years to the efforts by Taiwan’s Ministry of National Defense (MND, 中華民國國防部) to develop or purchase more advanced tactical missile systems. While these efforts draw fewer headlines than the acquisition of bigger-ticket weapons platforms, they have major implications for the ROC military’s ability to maintain a credible defensive capability in the face of a cross-Strait military balance tilting ever-more in favor of the PRC. [1] The past month saw multiple developments in this direction, including test launches of indigenous, Taiwan-built missiles, as well as public discussions of potential new purchases of tactical missile systems from the United States.

Taiwan’s defense establishment has worked for decades to develop its own advanced, indigenous missile systems, with many of these research and development efforts centered in the National Chung-Shan Institute of Science and Technology (NCIST, 國家中山科學研究院) located in Taoyuan. Currently, Taiwan’s most prominent indigenously built missile platforms are:

Throughout the month of April, Taiwanese weapons technicians reportedly conducted a series of test launches of Taiwan’s indigenous systems at Jiupeng Military Base (九鵬基地), a major site for weapons testing located near the southern tip of Taiwan. This reportedly included a high-altitude test launch of a Hsiung Feng-II missile, the launch of a Tien Kung-III missile, and a possible test-firing of the Ray-Ting 2000 (“Thunderbolt 2000,” 雷霆2000) multiple rocket artillery system. In early April, two People’s Liberation Army Navy (PLAN) vessels—a frigate and a possible electronic surveillance ship—were reportedly located patrolling in the vicinity of Orchid Island (蘭嶼) to the southeast of Taiwan’s main island, possibly to observe and conduct collection operations against the test launches.

Purchases of New Missile Systems from the United States

The years 2019 and 2020 were both significant years for US arms sales to Taiwan, as the Trump Administration opened up a process that for many years had been constrained under both the Bush and Obama Administrations due to concerns of damaging ties with Beijing. Overall, the US Defense Security Cooperation Agency (DSCA) announced twelve different arms sales packages to Taiwan between April 2019 and the end of 2020, with no new purchases officially announced thus far in 2021. [3]

Among these twelve arms sale packages, five were for missile and/or long-range artillery systems:

Taiwanese officials have recently indicated intent to pursue further missile purchases from the United States. In December 2020, ROC Air Force Chief of Staff Huang Chih-wei (黃志偉) indicated that the government planned to purchase additional PAC-3 missiles in 2021, without publicly stating the number or cost. On April 19, Li Shih-Chiang (李世強), director of the MND Department of Strategic Planning (戰略規劃司), offered testimony before the Legislative Yuan in which he indicated that Taiwan was seeking to purchase an undetermined number of AGM-158 Joint Air-to-Surface Standoff Missiles (JASSM) from the United States, a step that would enhance the ROC Air Force’s ability to conduct long-range strike operations.

For their part, US officials have thus far avoided public comment on these potential sales. At an April 22 press conference, State Department spokesperson Ned Price was asked about Li’s comments, and responded that the US commitment to Taiwan’s security was “rock solid,” while avoiding specific comment about the AGM-158 or other potential weapons sales.

Considerations for the Missile Upgrades

General defense considerations aside, three specific factors have increased the focus on missile systems as key components of Taiwan’s military hardware. The first of these is the expanded need for longer-range air surveillance and anti-aircraft missile systems in the face of China’s increasingly aggressive aviation sorties in the vicinity of Taiwan. As the number of PLA flights near Taiwan and into Taiwan’s declared air defense identification zone (ADIZ) increased in the early months of 2021, the ROC Air Force became increasingly burdened by the need to scramble fighter aircraft in response, with resulting strains on maintenance budgets and pilot training schedules. As a result, Deputy Defense Minister Chang Che-ping (張哲平) indicated in late March that “land-based missile forces” had become the primary means for Taiwan’s military forces to track the PLA aircraft. [4]

The second of these factors is the need for Taiwan’s military to field more advanced anti-ship missile systems to offset the PRC’s increasingly lopsided advantages in the cross-Strait naval balance. Commentators in Taiwan have noted the benefits of Block II Harpoons to the island’s anti-ship defense capability, in terms of both the missile’s maneuverability and improved resistance to electronic countermeasures. Additionally, the April tests show the MND’s continuing focus on continuing to improve the capabilities of Taiwan’s indigenous HF-II and HF-III systems.

The third of these factors is the potential expansion of the weapons engagement zone around Taiwan, a concept advocated by those who wish for Taiwan’s military forces to possess greater capacity to strike concentrations of PLA forces assembling in the Taiwan Strait or along the coastal areas of the PRC. This greater focus on longer-range strikes is reportedly a key element of the latest edition of the Quadrennial Defense Review issued by the MND in March 2021. One weapon discussed in this context is the M142 High Mobility Artillery Rocket System (HIMARS), a truck-mounted field artillery system capable of carrying and launching either six Guided Multiple Launch Rocket System (GMLRS/MLRS) rockets or one Army Tactical Missile System (ATACMS) surface-to-surface missile. The ATACMS missile, with a range of up to 300 kilometers, would offer ROC ground forces an increased capability to strike at PLA units along China’s coastal areas—and potentially much further inland, if deployed from Taiwan-controlled islands.

Amid the PRC’s steady military build-up, the efforts of Taiwan’s Ministry of National Defense to procure more advanced missile systems—via both indigenous production and foreign purchase—show a serious effort to respond (at least in terms of hardware) to a daunting challenge. Taiwan’s MND has also shown an adaptive approach to pairing indigenous and US missiles in particular warfare areas (e.g., the Tien-Kung and PAC-3 for anti-air and ballistic missile defense, or the Hsiung Feng and Harpoon for anti-surface warfare), in order to leverage the relevant strengths of different systems.

The most striking—and potentially most controversial—aspect of recent acquisitions lies in their applications for longer-range strike warfare. This has been seen most clearly in the purchases of the HIMARS launchers, and the AGM-84H SLAM-ER missiles for deployment on aircraft; as well as the potential acquisition of AGM-158 JASSM missiles. These latter purchases indicate a perceived need to extend the potential engagement zone against PRC forces beyond the immediate sea lanes and landing beaches of the Taiwan Strait, expanding Taiwan’s defensive perimeter to the coastal regions of the PRC. While Taiwan’s military posture remains entirely defensive in nature, the acquisition of these longer-range strike systems reveals an evolving change in defense thinking—and an additional complication for PLA officers planning for Taiwan invasion or island seizure scenarios.

The main point: Taiwan’s Ministry of National Defense is pursuing active efforts to upgrade the island’s tactical missile systems, through both foreign purchases and indigenous research and development programs. The acquisition of stand-off strike weapons could open up new dimensions in Taiwan’s defense planning by making possible longer-range attacks against PLA platforms and facilities.

[1] Office of the Secretary of Defense, “Annual Report to Congress: Military and Security Developments Involving the People’s Republic of China,” Appendix I: China and Taiwan Forces Data (pp. 164-166).

[2] The AIM-120 Advanced Medium-Range Air-to-Air Missile (AMRAAM) is a beyond visual-range, active radar seeker missile employed by fighter aircraft of the US military and many US-allied countries. 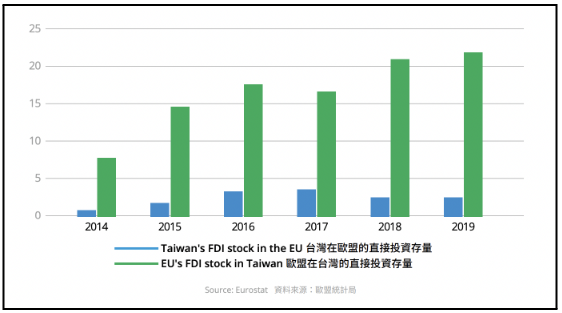